Muggers active in city ahead of Eid 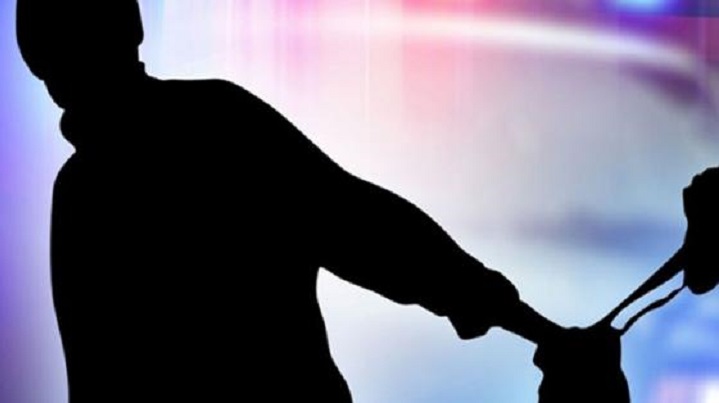 With the Eid ul-Azha drawing nearer, mugging in the city has risen, creating panic among the city dwellers.

The organised gangs of criminals reportedly lie in wait at different busy crossings and intersections for their prey.

As usual they swoop on their target people, snatch their valuables, including gold ornaments, mobile phone sets and wrist watch, and run away.

Incidents of mugging are happening on the city streets, especially after dark, amid the coronavirus outbreak as the law enforcers are focusing on containing the spread of Covid-19, a police officer said.

According to the lawmen, several groups of muggers in the capital roam around the city streets, mostly near midnight and early morning. Most of their victims are pedestrians or people on rickshaws.

Such incidents of mugging are taking place in most of the city intersections and crossings at random. But most of the victims are not interested to report to police and seeking their help. The victims think it is an extra harassment.

On Thursday night, this correspondent himself witnessed one of such heinous crimes near Badda link road.

While passing through the link road by a motorbike at around 9:15pm, it was found two muggers with ages between 25 and 30 are following two female rickshaw passengers.

The gangsters suddenly attacked the female passengers from behind the rickshaw and took away a gold chain from one of the women.

The female passengers—one namely Asha Das and another Beauty Das – fell into their prey as their rickshaw got stuck in traffic congestion.

The attackers snatched the gold chain and fled the scene quickly. The crime incident took place before a good number of pedestrians and commuters.

Everybody was only onlooker. No policemen were seen in and around the place of occurrence.

Some days ago, detective police arrested four suspected muggers who were responsible for the death of a woman after falling from a rickshaw during mugging in the capital’s Mugda. The arrestees are accused in eight mugging cases, police said.

Recently, some muggers beat up Saiful Islam, an agent banking trader, and his brother in Sayedabad area and made away with around Tk56 lakh when they were heading towards Motijheel from Jatrabari area on a motorcycle.

Four muggers on two motorcycles opened fire before speeding away. A case was filed with Jatrabari Police Station but none was arrested yet.

The city-dwellers alleged that the organised gangs of armed muggers have become desperate in the capital and its outskirts. They said most of the city intersections and thoroughfares, lane and by-lane have turned into crime spots. Many innocent people are falling prey to different mugging goons and losing their valuables almost every day.

Most of the victims do not go to police station considering it as extra harassment.

They alleged that law enforcers both in uniform and plain-clothes in large number are reportedly failing to curb the dominion of criminals.

“Some isolated incidents of mugging have taken place. We have detected several cases and are arresting criminals. We are alert,” he added.

“A large number of law enforcers—both in uniform and plain-clothes—are now moving at different strategic points in the capital to catch the criminals as well as muggers and so-called aggyan party men,” he pointed out.