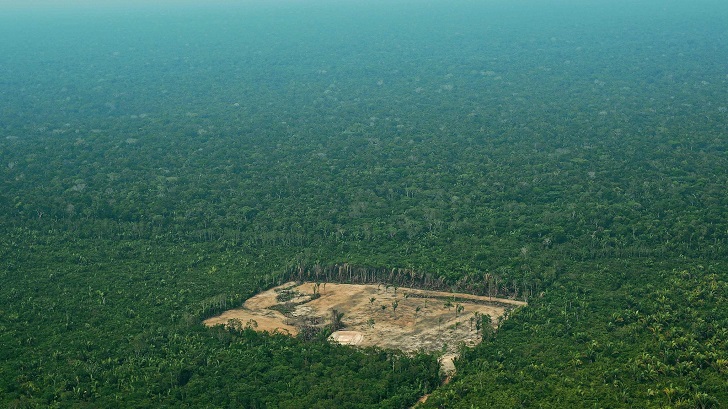 Deforestation of the Brazilian Amazon increased by a record 25 percent year-on-year in the first half of 2020, according to official data released Friday.

Some 3,069 square kilometers (1,184 square miles) were affected by deforestation, the highest figure since data has been collected beginning in 2015, the country's National Institute for Space Research (INPE) said.

June, which marks the start of the dry season and fires, also hit a record with 1,034 square kilometers of deforestation, an increase of nearly 11 percent.

Brazil has been criticized by a number of countries and environmental groups over large-scale deforestation and fires that ravage the world's largest rainforest during the dry season.

"It's not true that we're destroying the jungle to produce food," he said, also denying that Brazil was dismantling the state's environmental protection structure.