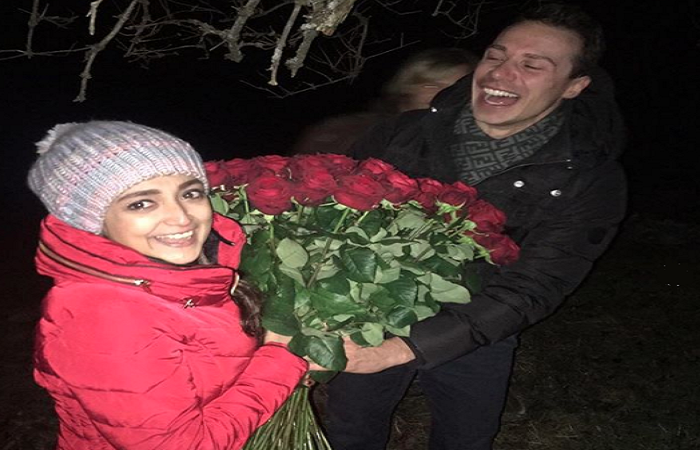 Singer Monali Thakur, who revealed she has been married for three years, shared a goofy video from her wedding day, talking about how her simple wedding day turned out to be an eventful day. In her post, Monali also slammed trolls, particularly those who appear to have accused her of being a "gold digger" for her decision to marry Switzerland-based restaurateur Maik Richter.

Monali had this message for the "miserable creatures out there on social media", who she revealed call her names: "Just to let you know calling me a gold digger only accentuates yourselves as massive failures. I married this man because he could celebrate my success, my strength and my independence," read an excerpt from her post.

"It must be difficult for you losers to accept it but guess what! The 'gold digger' earns more than the successful business man. Sorry to disappoint you all... no drama in there," Monali added. Monali, who is one of Bollywood's most sought-after playback singers, spends half the year in Switzerland, where her family stays.

Monali's post is actually a celebration of her favourite moments from her wedding, which was a simple affair. The bride and the groom also had wardrobe malfunctions of sorts - Monali revealed she wore sneakers to her wedding: "More than three years back... these two crazy people, Maik Richter and myself, got married in the most unconventional way with lots of drama and just love. Nothing was pretentious about this day... it was just a very real and simple celebration of us... which makes me feel very grateful... both of us wearing oversized clothes, bought at the last moment in Bandra, looking like school kids going for a play or something... specially me (salwaar suit and sneakers as I forgot to buy the right footwear coz there was no time left)."

Monali summed up her no-drama love story with Maik Richter in these words: "So since we didn't do any wedding ceremony yet, since last three years, two months... am sharing this moment from the day Maik and I got married. There was drama on that day as Maik got deported and then brought back but there was no drama in our happiness and love!"
'Miserable Creatures': Singer Monali Thakur To Trolls Calling Her A Gold Digger

Monali Thakur successfully managed to keep her personal life under wraps, especially her marriage, for three years. Monali Thakur is best known for being the voice behind popular songs such as Zara Zara Touch Me from Race, Sawaar Loon from Lootera, Badri Ki Dulhania from Badrinath Ki Dulhania, among many others. She won the National Film Award for Best Female Playback Singer for the song Moh Moh Ke Dhaage from the 2015 film Dum Laga Ke Haisha.