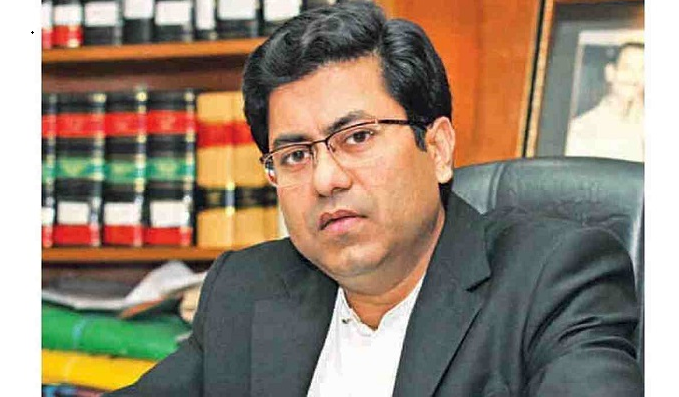 With the arrival of the rainy season, the familiar hazard of waterlogging across the capital is showing signs of returning but Dhaka South City Corporation Mayor Fazle Noor Taposh is determined to not allow that.

The DSCC mayor said authorities are working to find a permanent solution to the waterlogging problem. In an interview with UNB, he outlined other aspects of city management.

“We are looking for a permanent solution to the problem of water stagnation in DSCC during the rainy season...urban planners working with us have been guided to formulate action plans,” Taposh said adding that a large ensemble team of eminent planners will formulate and implement a master plan to eliminate waterlogging.

He noted that although many of the water bodies have been filled up in the city corporation area, there are still some that can be recovered. “The canals and reservoirs that still exist, if we can maintain their flow and clean them properly as well as ensure long-term conservation, it will help us to reduce waterlogging.”

The DSCC is marking those said water bodies to start the restoration works. Taposh noted that some of them are occupied by various organisations.

“We are taking legal preparations to take them back under control and we will keep them clean because we have noticed that most of the outside organisations work without any accountability,” he told UNB and added that instead of implementing recovery projects they just waste money.

The DSCC Mayor opined that if reservoirs can be cleaned properly, then waterlogging in Dhaka can be reduced by 70 percent. He mentioned that the DSCC will undertake the old Buriganga channel rescue project soon.

In terms of waste management, the city corporation is undergoing massive change, said the mayor. He confirmed that waste management centres will be built in 75 wards across DSCC.

“The workers will collect wastes and dump them for 12 hours every day from 6 am to 6 pm,” he said.