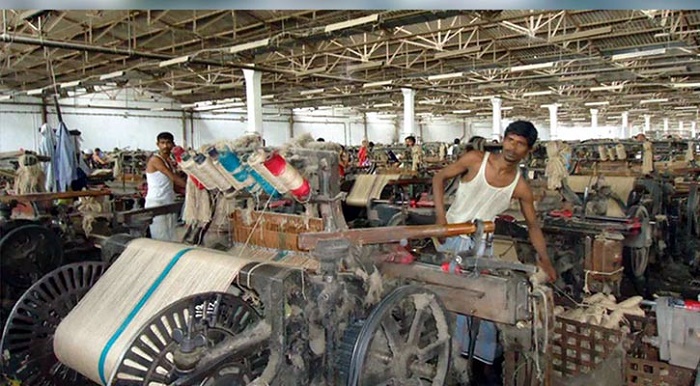 The government has decided to stop production of 25 state-run jute mills with paying cent percent dues to the 25,000 workers.

The decision has been taken keeping in mind that operations of these jute mills would be resumed by putting the mills on strong footing so that they can survive competing with the local and international markets.

“We have decided to close down the production of 25 state-run jute mills taking into consideration their recurring losses and help the enterprises breathe a new life by making them much stronger to compete with the international and local markets,” PM’s Principal Secretary Dr Ahmad Kaikaus told a press briefing held at Prime Minister’s Office (PMO) here this afternoon.

He simultaneously said cent percent dues of 25,000 workers of the jute mills under the Bangladesh Jute Mills Corporation (BJMC) would be given within the quickest possible time and it would require Taka 5000 crore to pay their dues.

The decision was taken at a meeting of concerned officials with Prime Minister Sheikh Hasina in the chair at her official Ganabhaban residence here this morning.

Dr Kaikaus said that all the dues of 8956 retired employees of the jute mills would also be given for which Taka 1020 crore (out of Taka 5000) crore will be required.

The Prime Minister has directed the officials concerned to prepare the list of the workers of the state-run jute mills within three days and send their dues directly to their bank accounts, he said, adding that a process to this end has already started.

He also said 50 percent dues of the workers would be given in cash while the government would purchase saving certificates for each of them with their remaining 50 percent dues. Each worker could earn interest of Taka 19,320 to Taka 74520 after every three months as on an average one worker would get 13.86 lakh while his maximum due is Taka 54 lakh.

The decision of purchasing saving certificates in favour of the workers has been taken considering their welfare as the low-income employees could get an amount in every three months even after their retirement, he said.

The prime minister asked all concerned to take prompt measures to impart training to the retired workers to enable them to join other jobs, he said, adding that the premier also asked the concerned officials to formulate a work-plan to resume production of the jute mills by making those stronger and efficient to compete with the local and international markets.