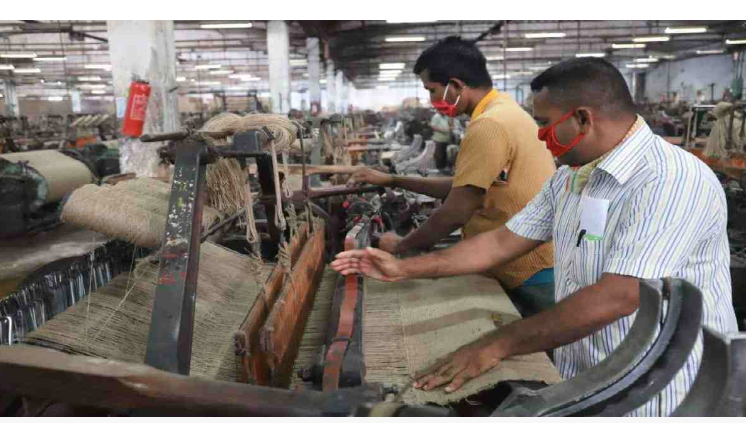 Jatiya Oikya Front, led by Dr Kamal Hossain, on Tuesday urged the government to back off from its decision to shut down state-owned jute mills.

In a statement, the top leaders of the alliance also said the government’s decision seems to have been part of a blueprint for helping India reopen its dying jute mills in West Bengal by destroying Bangladesh's jute industry.

“Considering all the aspects, we strongly protest the government’s decision. We urge the government to move away from such a decision to close down jute mills. We express our solidarity with the programmes of jute mill workers seeking annulment of the decision.”

He said around Tk 5,000 crore will be provided from the government budget in this connection  and all the arrears of 8,954 workers who retired since 2014 will be cleared, he said, adding that all the overtime dues, PF fund and gratuity - highest 27 percent - will be paid to the present workforce numbering 24,886.

The Oikya Front leaders said some 51,000 jute mill workers--24,886 permanent and 26,0651 listed temporary and daily-wage-based ones--will lose jobs at this critical time of coronavirus if the government shuts the state-owned jute mills.

“This means a serious disaster is going to hit 2.5 lakh people at least, including the workers and their family members. The decision comes at a time when several crore people are losing their jobs due to the dangerous onslaught by the coronavirus. The government is terminating people from their jobs instead of taking steps to create new jobs,” the statement  said.

Referring to Jute Secretary’s assertion that the  government had to incur a loss of Tk 10,674 crore over the last 48 years in the jute sector, the Oikyafront leaders said around Tk 52,000 crore has been handed over to some businessmen who are very close to the government as capacity charges without buying even a watt of electricity over the last 10 years.

“The workers are not in any way responsible for the losses the country faced in the jute sector. The main reason behind the losses in the jute mills are corruption at the highest level of the administration and inefficiency like other public sectors. But the workers are now going to pay the price for that failure,” the statement added.

Mentioning that the jute mill workers had to take to the streets to realise their arrears in different phases over the last few months, the Oikya Front top leaders said, “The so-called role model of development’ has left the salarires of its citizens unpaid for  months  after months. Now an extreme disaster has fallen on those workers.”