Three dead in protests over killing of Ethiopian singer: doctor 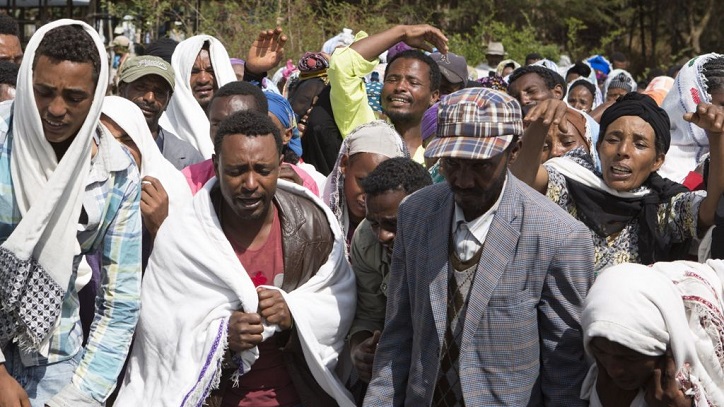 Three people were killed and others were critically injured when protests erupted in Ethiopia on Tuesday after a prominent singer from the country's largest ethnic group was shot dead, a doctor said.

Hachalu Hundessa, who came to be seen as a voice for the Oromo people during years of anti-government protest that swept Prime Minister Abiy Ahmed to power in 2018, was shot on Monday night in Addis Ababa, the state-affiliated FANA Broadcasting Corporate reported.

On Tuesday morning, large crowds of protesters poured into the capital from the surrounding Oromia region, snarling roads with stones and blocking traffic.

There was also heavy violence in the town of Adama, with victims reporting they had been shot by security forces, said Dr. Desalegn Fekadu, a surgeon at the Adama Hospital.

"There are a lot of casualties, most of them are bullet injuries. Three patients died and there are still critical patients," he said.