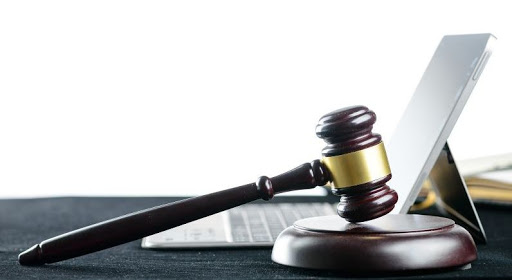 The country’s lawyers, particularly the elderly lawyers, are facing problems in participating in virtual courts due to lack of their technological knowledge.

The lawyers, however, demanded a resumption of regular court activities which were halted due to the Covid-19 pandemic across the country, appealing for more time to develop expertise in using digital devices in the court proceedings.

Court sources said particularly senior lawyers are opposing virtual court activities as most of them have no proper ICT knowledge and many of them cannot use digital devices like computer and cannot e-mail without the help of others.

“Our senior lawyers feel embarrassed to take part in digital hearing as they do not have much ICT knowledge,” said Advocate Sanaul Islam, a member of DBA.

Lawyers have to be registered with the court website (mycourt.judiciary.org.bd) to participate in activities of virtual court where mobile number and email address of the lawyers are necessary.

After completing registration by any lawyer, a text is sent to the lawyer via mobile phone. The registered lawyer has to create a password within 24 hours of getting the text and later he/she can participate in court procedures through logging on to the website.

Although a smart mobile phone or computer is enough for a lawyer to participate in such activities, many are unable to do so as they are scared of using digital tools and have no proper training.

Lawyers of Dhaka courts staged a protest against the virtual court activities on May 31 while legal practitioners in other districts including Barishal, Pabna, Jamalpur, Gopalganja and Sylhet also staged such demonstrations.

Talking to daily sun, several lawyers say they are not against the digitization of court procedure but they expressed their discomfort about the ongoing virtual court activities.

He said majority of the lawyers have no alternative income sources. So it can be said that the livelihood of the country’s 50,000 lawyers including 25,206 members of DBA are at risk due to the absence of regular court.

Advocate Kaiyum Khan Kaisar, general secretary of District Ainjibi Samity in Barishal, said the internet speed is very slow in the district and a section of lawyers of the district are elderly people and they are not expert in facebook, internet and social networking site and that’s why they do not prefer to go with the virtual court activities.

Taking a lesson from the ongoing pandemic crisis, many lawyers, however, said they have no alternative but to be familiar with the virtual court activities in the coming future but now they are struggling to cope with the activities for the lack of proper digital knowledge.

Advocate Faruk Ahamed, a senior lawyer of Dhaka court, said the virtual court only has the opportunity to hear the bail pleas of the accused now in jail. But it is not possible to get any kind of surrender, case filing, and collecting certified copy of lower court orders for submitting bail petitions with high court.

Mentioning that various government offices reopened on May 31, He urged the Chief Justice to resume the court activities following health guideline to ensure the livelihood of thousands of lawyers across the country.

The activities of both higher and lower courts have become almost stagnant after the first Covid-19 cases were detected in the country on March 8. The country’s court operation remained suspended since March 26 due to the pandemic.

The court proceedings through videoconference began on May 11 after the High Court on May 10 formed three benches for hearing urgent cases virtually during the coronavirus situation and directed the subordinate court to hear cases of emergency bail.

An ordinance was promulgated that day allowing courts to run trial proceedings through videoconference and other digital facilities.

A total of 33,155 people secured bail after their 60,389 petitions were heard by virtual courts from May 11 to June 11 across the country.