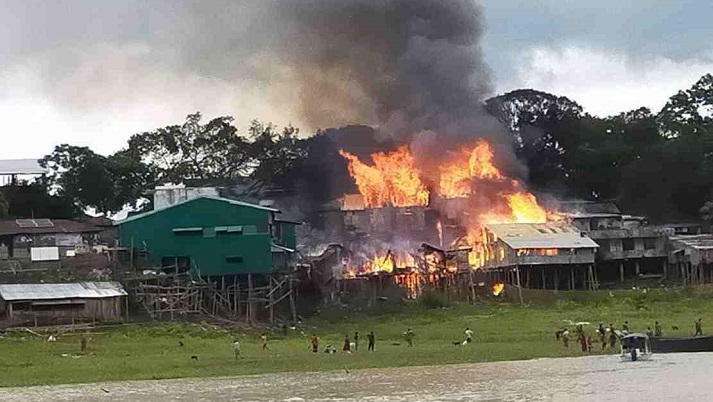 At least 70 establishments, including the forest office, were gutted as a fire broke out at Sublang bazar in Barkal upazila on Sunday.

The fire broke at around 4 pm and spread fast, witnesses said.

Members of police, local army camp, three units of Fire Service and Civil Defence from Rangamati sadar upaizla and locals doused the flame after one and half an hour frantic efforts, locals said.

The origin of the fire could not be detected  immediately, said local control room of Fire Service.