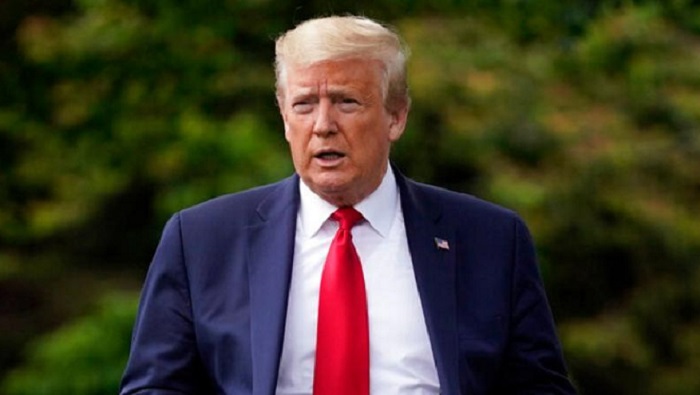 President Donald Trump asserted Friday that the United States has made it through the worst of the coronavirus pandemic after new jobs numbers showed a surprising increase in employment.

"We had the greatest economy in the history of the world. And that strength let us get through this horrible pandemic, largely through, I think we're doing really well," Trump said at a news briefing.

"We've made every decision correctly," Trump said of his handling of the pandemic, which has claimed more than 108,000 lives in the United States.

"We made a big step in our comeback."

Trump said that the economy would rebound faster if states and localities end lockdowns meant to stem the spread of COVID-19.

"We want the continued blanket lockdown to end for these states," he said.

Earlier Friday the Labor Department reported the country gained 2.5 million jobs in May and the unemployment rate dropped to 13.3 percent after extremely high job losses the previous months due to the coronavirus.

"Today is probably the greatest comeback in American history but it's not going to stop here," Trump said.

"I think we are going to actually be back higher next year than ever before, and the only thing that can stop us is bad policy," he said.