52 people fined for not wearing masks in Meherpur 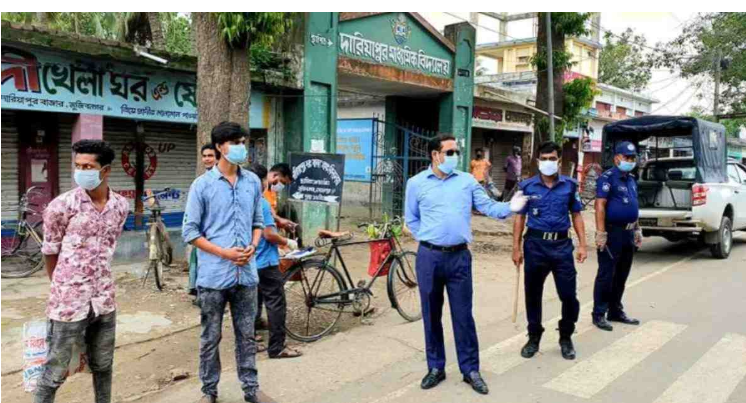 Separate mobile courts fined 52 people for not wearing masks in different areas in Mujibnagar upazila of Meherpur district on Monday.

Bangladesh has allowed public transport to move on highways and metropolitan cities on some specific conditions.

Meanwhile, passengers, drivers and  helpers were asked to maintain three feet physical distance while travelling and everyone was asked to wear mask when they come out of home.

Bangladesh has so far reported 49,534 coronavirus cases and 672 deaths. Among the total infection, 9,781 people have so far recovered.