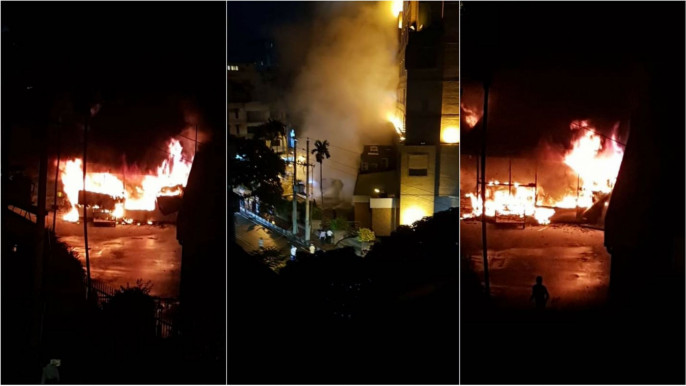 The Bangladesh Fire Service has formed a four-member committee to investigate the Wednesday’s fire incident at the Corona Isolation Unit of United Hospital in Dhaka that killed five people, including three confirmed Covid-19 patients.

Debashish Vardhan, deputy director of the Fire Service and Civil Defence, will lead the team. The other members of the committee are Babul Chakraborty, Niaz Ahmed and Md Abul Kalam Azad.

Confirming the news, Director General of the Fire Service and Civil Defence Brig Gen Sajjad Hossain said the body has been asked to submit the report within seven working days.

However, the United Hospitals authorities have filed an unnatural death (UD) case over the fire incident.

The five patients who were killed in the fire incident are Riazul Alam, 45, Khodeza Begum, 70, Bherun Anthony Paul, 74, Md Monir Hossain, 75 and Md Mahabub, 50, according to a statement of United Hospital.

They were undergoing treatment with Covid-19 like symptoms at the isolation ward outside the main hospital building,said the statement.

According to the statement, the fire originated from electric short circuit at 9:30am and spread soon fast due to gusty wind.

Later, the fire service was informed immediately who brought the blaze under control within 15-20minutes with the hospital's own fire extinguishers, added the statement.

The fire broke out at the corona ward around 9:55pm and was extinguished around 10:25pm.

In February last year, a fire broke out at Shaheed Suhrawardy Medical College. The fire reportedly originated at a storeroom on the first floor of a new building of the hospital.