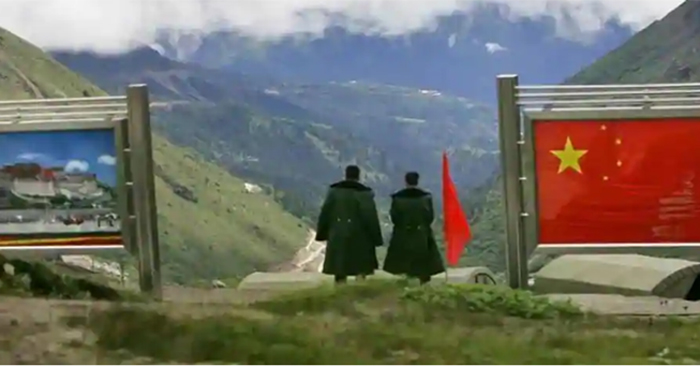 India won’t allow any alteration of the status quo on the Line of Actual Control (LAC) and the build-up of Chinese troops will be faced with “strength and restraint”, people familiar with developments said on Tuesday against the backdrop of a high-level security meeting chaired by Prime Minister Narendra Modi.

“The bottomline is that we will not allow any change in the status quo on the LAC. That we will not permit,” said one of the people cited above, who spoke on condition of anonymity.

“We have faced similar situations in the past, and we will face this situation with strength and restraint,” the person added.

In many ways, India’s position is a reiteration of the stance it adopted during the 73-day standoff at Doklam in 2017, when Indian troops dug in and stood their ground in the face of a rapid mobilisation by the Chinese side.

“The Indian troops are fully familiar with the alignment of the LAC. The Chinese have raised similar objections and made similar attempts [to hinder the activity of Indian troops] in the past too. Their motives and intentions in the current circumstances are not clear,” the person said.

“But we are very firm and very clear – there have been no violations by us,” the person added.

A second person, who too spoke on condition of anonymity, said India’s construction activities in forward areas will not stop because of the standoff.

The people said the Indian side is facing the current stand-off with firmness and has deployed appropriate resources, even as it works on peaceful resolutions.

Responding to speculation about the efficacy of strategic guidance issued after the informal summits at Wuhan in 2018 and Mammallapuram in 2019 for maintaining peace and tranquillity on the border, the people said established mechanisms for dealing with such issues continued to be in place and both sides were in touch at diplomatic and other levels to address the situation.

The standoff on the LAC is expected to figure prominently on the agenda of the three-day army commanders’ conference that begins on Wednesday, officials said. Army chief Gen Manoj Mukund Naravane will chair the meeting.

“The apex level leadership of the Indian Army will brainstorm on current emerging security and administrative challenges and chart the future course for the army,” an army spokesperson said.

Defence minister Rajnath Singh on Tuesday reviewed the situation in the Ladakh sector of the LAC during a meeting with the chief of defence staff and the three service chiefs.

The Border Roads Organisation (BRO) plans to complete all 61 strategic roads assigned to it along the border with China by December 2022, officials said. These roads are spread across Arunachal Pradesh, Jammu and Kashmir, Sikkim, Uttarakhand and Himachal Pradesh, and will allow swifter mobilisation of troops and stores to forward areas.

China is believed to have marshalled close to 5,000 soldiers on its side of the disputed border in Ladakh sector, where India has also sent military reinforcements to strengthen defences amid the growing tensions on the LAC.

Indian and Chinese soldiers are eyeball-to-eyeball at four locations along the LAC and several rounds of talks between local military commanders have failed to end the standoff that began with a violent confrontation between rival patrols three weeks ago near Pangong Lake.

Sending the military reinforcements, including troops, vehicles and heavy equipment, did not require much effort as China diverted resources from an ongoing military exercise in the region, officials said.

Naravane made a low-key visit to Ladakh last week for a security review as tensions grew near Pangong Lake and three pockets in Galwan Valley, where Chinese troops have pitched close to 100 tents and erected temporary structures to establish a presence.

HT was the first to report on May 10 about tensions flaring between India and China in north Sikkim, where 150 soldiers were involved in a tense clash a day earlier. Four Indian and seven Chinese soldiers were injured at Naku La during the confrontation.

Around 250 soldiers from the two sides also clashed near Pangong Lake on the night of May 5-6, with the scuffle leaving scores injured. While an immediate flare-up was avoided as both armies stuck to protocols to resolve the situation, tensions spread to other pockets along the LAC.

The latest standoff is not confined to a small area, and has triggered an increase in troops at multiple locations on both sides and seems to suggest a greater design rather than adventurism by local commanders, as reported by HT on Sunday.

The external affairs ministry said last week the Indian side remained firmly committed to the common objective of maintaining peace and tranquillity in border areas, as this is an essential prerequisite to further development of India-China relations.