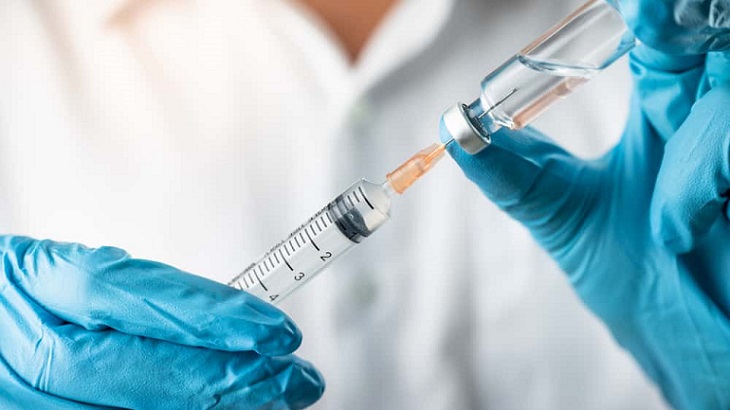 Oxford University said on Friday it is recruiting thousands of volunteers for the next phase in human trials of a coronavirus vaccine that it says are "progressing very well."

Up to 10,260 adults and children will be enrolled as it expands the age range of people given the specimen vaccine and involves a number of partner institutions across Britain.

"The clinical studies are progressing very well," Andrew Pollard, head of the Oxford Vaccine Group, said in a statement.

"We are now initiating studies to evaluate how well the vaccine induces immune responses in older adults, and to test whether it can provide protection in the wider population."

However, Pollard told BBC radio it was "not possible to predict" when the potential vaccine might be ready for the wider population.

"It is a very difficult question to know exactly when we will have proof that the vaccine works," he said.

Much depended on having enough people who had been exposed to Covid-19 in the trial's next phase, he added.

The university and pharma giant AstraZeneca have signed a deal which could see up to 30 million of 100 million doses for the UK market available by September.

Oxford's effort involves its multidisciplinary Vaccine Group, set up in 1994 to study new and improved inoculations, and the Jenner Institute, which works on both human and livestock diseases.

It is based on a chimpanzee adenovirus - a common cold virus - which has been genetically changed to stop Covid-19 replicating in humans.

The first phase of trialling involved 160 healthy volunteers between 18 and 55.

The next stage of the study will include older adults and children between the ages of five and 12.

A third set of trials will then assess how the vaccine works "in a large number of people over the age of 18."

The university's potential vaccine is one of only eight globally to have started trials, according to the World Health Organization, which counts 118 different projects underway in total.

The British government, which has given the endeavour around $104 million in funding, has called it one of the "frontrunners" in the world's vaccine search.

AstraZeneca said on Thursday said it had secured more than $1.0 billion from the United States to help fund production of the vaccine.