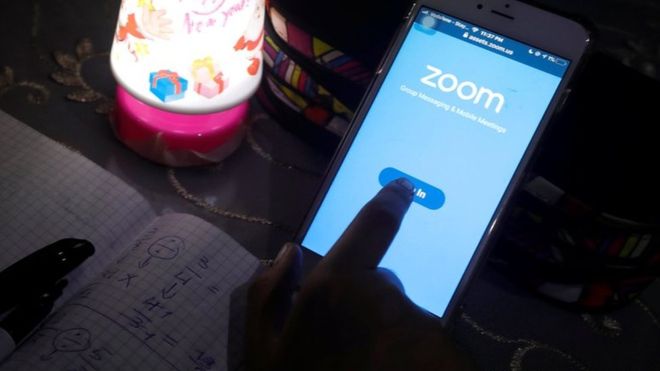 A 72-year-old man has been stabbed to death by his son in New York state during a Zoom video chat with 20 other participants, police say.

Dwight Powers was attacked by his 32-year-old son, Thomas Scully-Powers, who then jumped out of a window and fled in Long Island's Amityville village.

He was held within an hour after chat guests had called the police. The motive of the attack was not yet clear.

In a statement, Suffolk County police said further information would be provided once the suspect, who sustained minor injuries, was treated and discharged from hospital.

Police said it had been alerted of the incident on Thursday afternoon after several of the chat's participants noticed the man fall, but that it took some time for them to locate the house because the guests did not know where Mr Powers lived.

Some of the people may have witnessed the attack, reports said. It was not clear what type of meeting was being held.