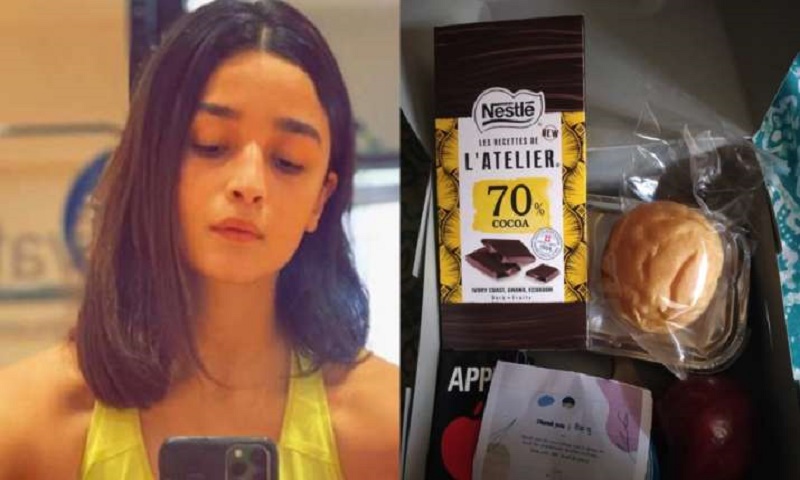 It included chocolates, buns, an apple drink and snacks with a note from the actor, which read: 'Thank you for all that you are doing to keep the community healthy and safe. You are the real heroes'. We like.

Dr Shripad Gangapurkar of KEM hospital took to Twitter to share a picture of the goodies sent by Bhatt.

On the work front, Alia Bhatt was last seen in the multistarrer Kalank, which bombed at the box office. The actress now has big films like RRR, Gangubai Kathiawadi, Takht, Sadak 2, and Brahmastra in the pipeline. She's currently spending the lockdown with boyfriend Ranbir Kapoor at his residence.