India lockdown 4.0: What is allowed in your city? 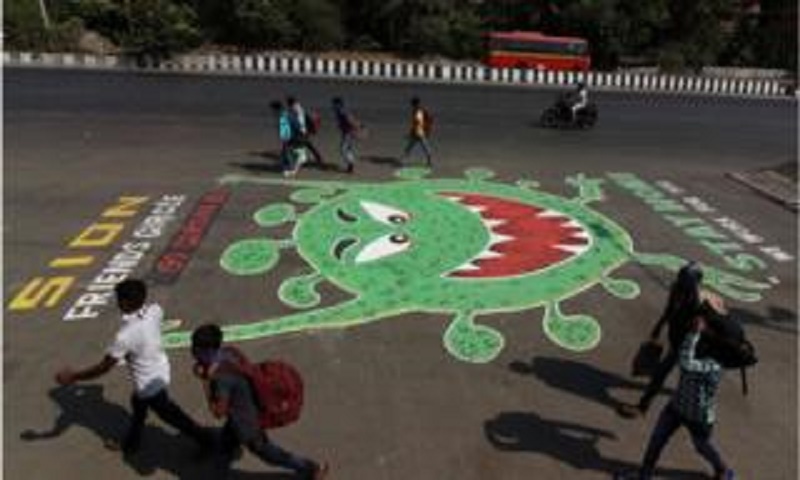 With India extending its lockdown to curb the spread of coronavirus until 31 May, states have been given more autonomy to ease restrictions.

So depending on which city you live in, what you can and can't do in this period is likely to significantly vary.

Flights, metro services, most trains, restaurants, bars, cinemas and shopping complexes will remain closed across the board.

We take a look at what is permitted in India's main cities, known locally as metros.

The Indian capital comes under a region known as the National Capital Territory. The city is administered by the state government, headed by the Aam Aadmi Party (AAP), but some of it also comes under the federal government.

"We cannot have a permanent lockdown," said Delhi Chief Minister Arvind Kejriwal while announcing an easing of restrictions.

Individual movement is allowed across the city with only two people per car, and no pillion riding for two-wheelers. Social distancing is to be strictly followed. Delhi has 10,054 confirmed cases of Covid-19.

However, Delhi's local markets will be able to open all their shops - previously only stores that sold essential items were able to function. Additionally, e-commerce services even for non-essential items will be allowed to operate.

In terms of transport, public transportation like buses, auto rickshaws, and battery -driven rickshaws popularly known as "e-rickshaws" are allowed. Buses are allowed 20 passengers at a time.

Private cars will be able to run for longer distances, although people can leave their homes only between 7am and 7pm local time.

Furthermore, the running of app-based aggregator services like Uber and its local competitor, Ola, is allowed - though car-pool and ride-sharing services are prohibited. Only two passengers are allowed per taxi.

All activity in containment zones remains restricted except for essential services.

Mumbai is India's worst-affected city in terms of infections and deaths.

Most of India's financial capital has been put into containment or "red" zones, which means the relaxations announced on Sunday will not apply to much of the city.

In fact, the Maharashtra state government said the lockdown would be extended even before the federal government made its announcement.

Adding to the city's woes, a union of public transport employees has announced that it would observe its own lockdown from Monday, to protest against a "high number" of Covid cases among employees.

This presents further problems for employees of essential services, as the city's main lifeline - the local trains - remain shut.

"Any relaxations from the earlier rules are yet to be implemented under lockdown 4," said Mumbai's police, warning citizens that strict action would be taken against vehicles and people "travelling at any hour of the day, without valid permission or for non-emergency".

The southern state of Karnataka of which Bangalore is the capital, has decided to permit public transport, taxis and auto-rickshaws from Tuesday.

Vehicular traffic on inter-district roads and cities will be allowed only between 7am and 7pm. However, anyone using the roads would have to self-quarantine for a week afterwards. Limited rail services within the boundaries of the state will also be allowed.

"Even private buses can start operating from tomorrow. However, the basic norm of not more than 30 persons (to maintain physical distancing) in a bus and wearing of masks is mandatory," state officials said.

In auto-rickshaws and taxis, only two passengers, apart from the driver, will be permitted. In the case of maxi cabs, it will be the driver plus three passengers.

However, every Sunday there will be a complete shut down of all movement, including private vehicles and people on foot.

This decision will be reviewed on 31 May.

The southern city of Chennai (formerly Madras) has also seen a big spike in infections in recent weeks.

Therefore, it has not eased any restrictions under the new lockdown rules.

However, earlier relaxations - such as the use of private vehicles and food delivery services - have not been rescinded.

The capital city of southern India's Telangana has also extended the lockdown till 31 May. The state has more than 1,500 active cases of Covid-19, and 34 deaths, according to India's health ministry.

City buses and metro services are suspended. Taxis and private cars as well as auto rickshaws or tuk-tuks are allowed, with limited passengers.

Offices have been opened, with 100% staff allowed. No restrictions have been placed on work.

All shops are open throughout the state except in Hyderabad. The city municipal body will issue specific guidelines soon. Night curfew in the state will continue.

India's West Bengal state has allowed private offices to reopen while extending the shutdown of restaurants across the state.

Inter-state buses have been allowed to travel. West Bengal Chief Minister Mamta Banerjee also added that while there is no official night curfew, people will be requested not to venture out after 7pm.

Private offices, even those inside shopping malls, can work with up to 50% staff. Parlours and salons can open but all equipment must be sanitised, said Ms Banerjee.

Sports events have been allowed but spectators are banned.

The West Bengal government had earlier announced that private buses would be allowed with 20 passengers in green zones.

The state government had also allowed standalone shops to open between 10am to 6pm, except those in containment zones.