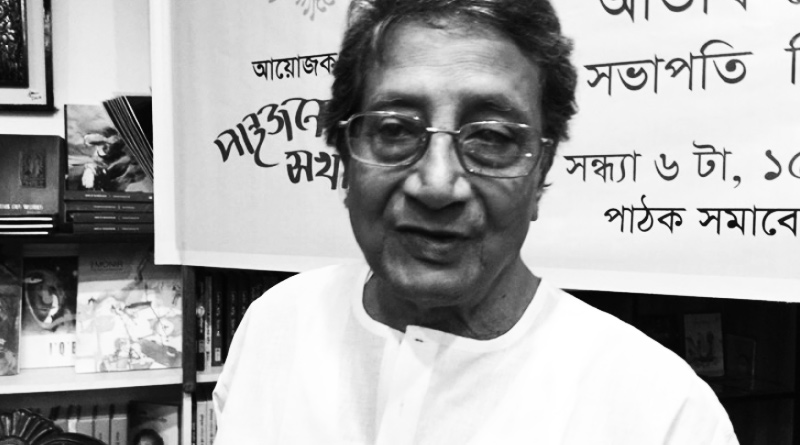 Veteran Bengali author Debesh Roy, who was conferred the Sahitya Akademi award for his novel ‘Teesta Parer Brittanto’, died at a private hospital in Kolkata on Thursday, his family members said.

Mr Roy was 84 and he is survived by his son. His wife had died earlier.

He was admitted to the hospital near his residence at Baguihati, in the eastern fringes of the city, on Wednesday after having symptoms like sodium potasium imbalance, sugar problem and breathing problem, his family members said.

He suffered a massive cardiac arrest and died at 10.50 PM.

A regular contributor to a number of Bengali dailies, he was a staunch critic of the attacks on liberals by in the country in recent times and attended protest meetings despite his failing health.

He was born in Pabna in present-day Bangladesh on December 17, 1936. He had five decades of career as a writer.

Besides ‘Teesta Parer Britanta’, he will be remembered for books like Borisaler Jogen Mondal , Manush Khun Kore Keno and Samay Asamayer Brittanto . His first book was Jajati.

His last rites will be performed tomorrow.