Teenage dating in the age of coronavirus: FaceTime and visits from 6 feet away 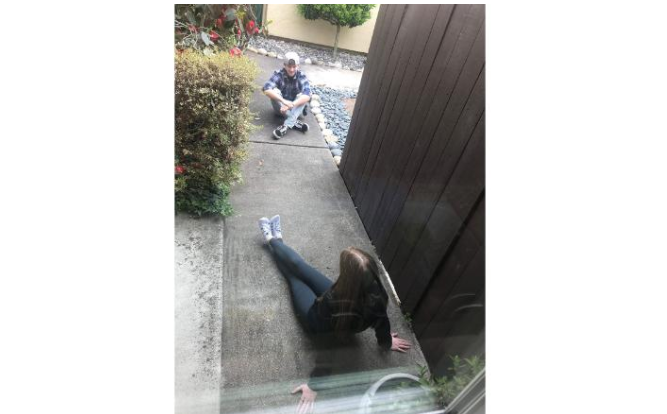 As far as first dates go, the one 14-year-old Jake Scott had with his new 15-year-old girlfriend, Abby Westrope, back in early March was epic.

It started at Scott's baseball game, where Westrope watched him play. From there they went back to his dad's house, watched Netflix, played catch outside and ate tacos. The two talked about life, friends, hopes and dreams. At some point(s), the Northern California teens might have even kissed.

Three months later, the duo is still dating, only it looks much different in the face of a global pandemic.

They FaceTime for hours each day. They text. Once or twice a week, they don masks, meet up on the driveway at a parent's house and sit in lawn chairs spread apart by a minimum of 6 feet apart. They're not allowed to touch or kiss or do anything else that eighth and ninth graders typically might do -- one parent is always watching. In Scott's words, it's "rough." But they have made it work.

"At first, I was really against it, but (now) I'm in the acceptance phase," Scott wrote in a text message last week. "It helps to know that my (girlfriend) is doing the same thing so that I know that it's not just me."