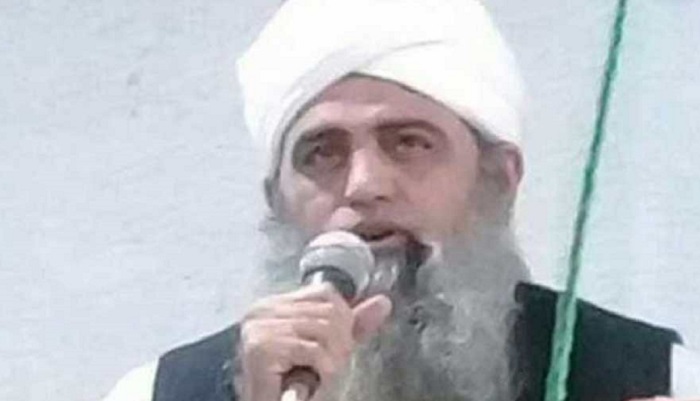 Maulana Saad, chief of the Nizamuddin Markaz, is reportedly staying in Zakir Nagar area of New Delhi where he put himself under self-quarantine, reports India Today.

The Delhi Police is planning to question Maulana Saad after his self-quarantine period is over.

It is alleged that Maulana Saad disregarded government guidelines that were issued in the wake of the coronavirus outbreak. Despite police warnings, he allegedly allowed a religious congregation to be organised at Nizamuddin Markaz in March.

Maulana Saad has been booked along with five others for violating the lockdown announced by Prime Minister Narendra Modi and putting the lives of thousands at risk. He was missing since March 31.

Sources say, in his reply to the crime branch Maulana Saad had informed that he is in self-isolation. The Delhi Police has accepted the reply. However, the Delhi Police has sought documents and information in regards to the Markaz.

On the other hand, representative of the Markaz had refuted allegations that Maulana Saad is absconding and informed media that if police asks him to appear for questioning, the Markaz chief will be available.

Sources say, as Maulana Saad also visited the Markaz in March, questioning him face-to-face will put the officers at risk of contracting novel coronavirus. Over a dozen officials of the forensic department and the Delhi Police have already been put under self-quarantine after they visited the premises of Markaz to collect evidence on Sunday. The final call on whether Maulana Saad should be arrested or not will be taken only after his questioning, sources said.

The Delhi Police's Crime Branch has so far served two notices to Saad under Section 91 of CrPC. In the notices, the police have asked him to provide some documents.

The second notice was issued after the reply given by Maulana Saad against the first notice was found to be "unsatisfactory".

Under Section 91 of CrPC, a suspect has to provide details and documents as asked by the investigating officer.

Last week, the crime branch of Delhi Police had asked detailed answers to 26 questions. But in his reply, Maulana Saad reportedly said that since he is in isolation and the country is under a lockdown, he has no access to resources to answer most of the questions asked by the crime branch.

Sources say that dissatisfied with the reply, the crime branch issued the second notice and has asked for a detailed reply.

Sources in the crime branch say that their probe has revealed the congregation at Markaz is planned months in advance and details of it are with Maulana Saad and four of his close associates.

Meanwhile, investigative agencies have also started probing the source of funding for Markaz. India Today TV has learnt that the Markaz has been receiving significant funding from the Gulf countries. These sources are being probed.