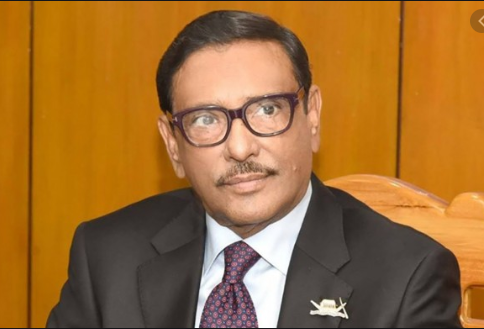 Awami League (AL) General Secretary Obaidul Quader said his party wanted quick execution of death penalty against convicted dismissed captain Abdul Majed for killing Father of the Nation Bangabandhu Sheikh Mujibur Rahman along with his most of the family members in 1975.

“The government informed that the legal procedures have been started to execute the death penalty. We, on behalf of AL, demanded of the government as well as the authorities concerned to execute the verdict as soon as possible,” he said while addressing a virtual press briefing from his residence in the city.

Quader, also road transport and bridges minister, said the verdict of the Bangabadhu killing case was issued after completing all constitutional and the country’s existing legal procedures and it was also upheld by the High Court and the Supreme Court.

So, there is no legal obstacle to execute the verdict rather it has been mentioned in the law that the verdict can be executed within a fixed period, he continued.

The progress of the nation was halted by the killing of Father of the Nation Bangabandhu Sheikh Mujibur Rahman along with his most of the family members on August 15 in 1975, Quader said, adding that the vested quarter had made an abortive attempt not only to kill person Bangabandhu or wipe out a party with its ideologies, but to kill the future potentiality of a newly-born independent nation state.