Housewife burned to death in Jhenaidah 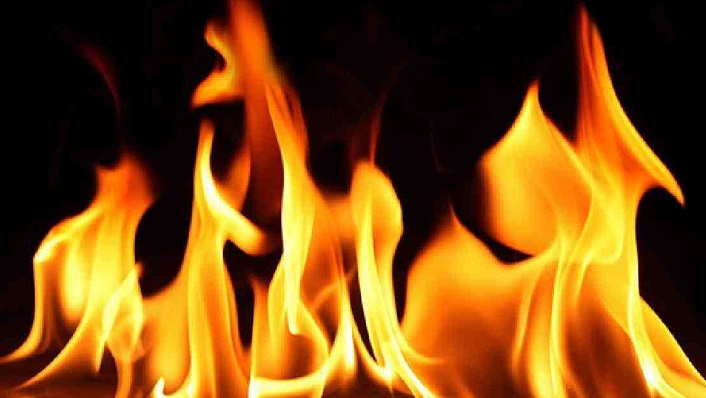 A housewife was burned to death and two others were  injured as a  fire broke out in a house at Nakoil village of Sailakupa upazila in the district on Tuesday noon.

The deceased was identified as Tuktuki Begum, 25, wife of Swapan Jowardar of the village.

Dilip Kumar, Station Officer of Jhenaidah Fire Service and Civil Defence, said the fire broke out when Tuktuki Begum was cooking in the kitchen and spread to the adjacent houses.

“Electric short circuit might have caused the fire,” he said.

On information, fire fighter rushed to the spot and doused the fire  after one hour of frantic efforts with the help of local people, he said.

The fire gutted five houses in the area and the injured were admitted Sadar Hospital.