Corona-phobia: Times of Stress and Angst 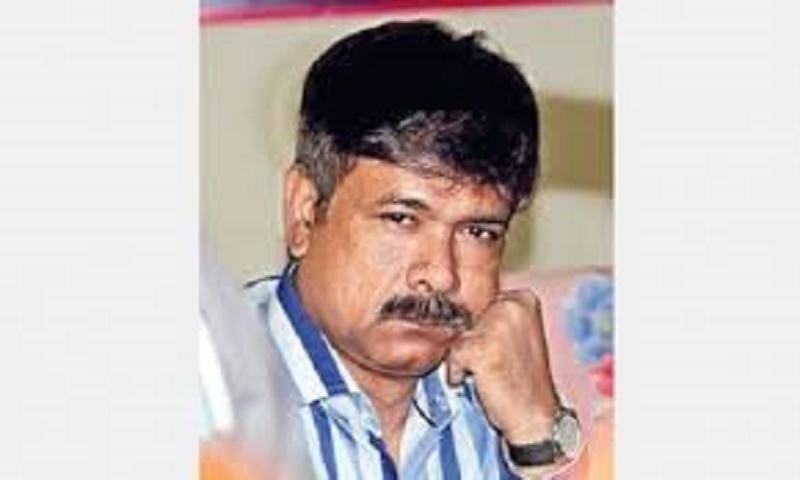 While I was writing this piece, Queen Elizabeth II, her son and the heir to the throne, Prince Charles and the Prime Minister Boris Johnson hit the headlines by contracting novel corona-virus. A few days ago, Canadian Prime Minister Justin Trudeau's wife Sophie Gregoire had also tested positive for the virus. The sudden outbreak of coronavirus has become the only matter of concern to people on earth. It has appeared in the world as the biggest killer for the moment. As a matter of fact, we are living in mortal dread of the microscopic creature called COVID-19 (‘Co’for ‘corona’, ‘vi’ for ‘virus’ and ‘d’ for ‘disease and ‘19’ for the year, as the outbreak was first spotted on 31 December 2019). Breaking out in Wuhan, the pandemic has travelled around the world taking heavy tolls on human lives in China, Italy, Spain and many other countries. A deathly hush has descended on this planet. Alarm bells are ringing. A chill of fear is haunting the whole humankind.

The World Health Organization has declared a state of global public health emergency and urged caution. People are worrying about their very existence and the governments are fighting tooth and nail to stop the outbreak. Even the world powers, calling a halt to the display of military strength, are hanging on the survival kit. And if not held in check before long, it will wreak havoc on the whole humankind. The situation is so grave that under circumstances beyond control, Italian Prime Minister Giuseppe Conte gives in gracefully and finding no solutions on ground clings to the hope that remains up in the sky and submits himself to the divine dispensations. However, we should not allow the Italian premier’s seeming helplessness to dampen our spirits, nor should we withdraw our efforts from the anti-corona drives we are involved with.

This is however not a new thing in human history. The ‘Black Death’ caused by Bubonic plague ravaged Europe, Africa, and Asia for long 7 years (1346-1353) with a heavy death toll (75- 200 million people). The ‘Spanish Flu’ that broke out after the World War I spread the whole world infecting over a third of its population and claiming lives of about 50 million people. The HIV caused by AIDS has proved itself as a global pandemic killing 36 million people since 1981. The flu-centric pandemics like the ‘Russian Flu’ of 1889, the ‘Asian Flu’ of 1956, and the ‘Hong Kong Flu’ of 1968 were no less dangerous. Besides, the Nipha virus infection, the Swine influenza virus, dengue hemorrhagic fever and Chikungunya virusalso reached epidemic proportions. But people had managed to survive them and were able to make good the damage caused by them.

Much of what we know about COVID-19 is shrouded in mystery. It has appeared in the globe just as a bolt from the blue. Since the first reported cases were spotted in the city of Wuhan, China, people applying ‘post-hoclogic’ tended to jump to conclusions that the virus was originated in China. Many even let their imagination run wild and accused the country of trying to make biological weapons in a biosafety lab in Wuhan. Biological weapons comprise micro-organisms such as viruses, bacteria, fungi, and other biological agents like anthrax, botulinum toxin and plague which are produced in the lab and released deliberately to cause a large number of deaths in humans, animals or plants in a short amount of time. However, whether COVID-19 was manufactured by the Chinese bio-warfare agents in the Wuhan biosafety labs to pose threats to public health remains an open question. It could be a matter of global investigation as to whether China is responsible for this pandemic or made a scapegoat for somebody else’s bio-warfare strategy should be a subject of UN inquiry. If it really is the part of a secret military power enhancement project by way of annihilating the rivals through biological weapons, it has to be thoroughly investigated by the UN administrative fact finding authority for the sake of revealing the truth, unmasking the perpetrators and taking punitive measures against them. But without dealing with the crisis in right earnest, mere buck-passing and mudslinging will worsen the global health crisis in many ways.

The scientists across the globe are strongly condemning rumors and conspiracy theories about origin of coronavirus outbreak. Instead, they are trying to work out solutions to the problem.

The spread of the new coronavirus will also play havoc with the global economy. This global public health crisis resulting in lockdown measures as prevention could pose a serious threat to the macro economy through the halt in production activities and cut-off of supply chains. It will also put the global trade system in dire jeopardy. The UN's trade and development agency cautioned that the COVID 19 outbreak could cost the global economy up to USD 2 trillion this year and the shock from the pandemic will plunge some countries deeper into recession and depress global annual growth to below 2.5 per cent. The global financial crisis of 2007-2008 which is considered to be the most serious financial crisis after the Great Depression of the 1930s resulted from a collapse in demand, while the ensuing corona-stricken depression may cause a collapse in both supply and demand. Besides, millions of people may be rendered jobless. If the wage earners, especially in countries like Bangladesh where millions of people live from hand to mouth, are kept in home quarantine or in isolation for a pretty long period of time to abate infection, they will face starvation. This must have an adverse effect of the global economy directly or indirectly. So, the longer the corona outbreak continues, the worse the global economy gets. Nevertheless, however worse the economic condition may be, there must have room for recovery. But the lives lost in the COVID-19 outbreak are an irreparable loss.

Despite this chill of apprehension, I never want people to indulge in helpless panic. I urge everyone to keep calm in this emergency; don not ‘die before death’. I know when a pandemic like COVID 19 has reached crisis proportions across the globe, it is not worth asking people to take everything lightly. As a matter of fact, I am not doing this. I’m not flirting with the danger of the ongoing coronavirus pandemic. I’m well aware of COVID-19 outbreak and keep myself posted about WHO updates on it. I know it’s spread to every country in the world and is picking up pace fairly exponentially. But I also know there is no point getting into a panic about it. What is most important at this moment in time is to take curative measures for those who have already contracted the disease and preventive measures for those who have not. However worse the situation may be, we can still manage to overcome the colossal public health crisis called coronavirus.

We have to adopt ‘an ounce of prevention is better than a pound of cure’ policy for Bangladesh because, the curative measures available in Bangladesh are not adequate for our needs. Maintaining social distancing, stay-at-home and personal cleanliness (wash your hands frequently and avoid touching eyes, nose and mouth) practicing respiratory hygiene and seeking early medical care for fever, cough and difficulty breathing are the must-do things for the prevention of coronavirus infection. But most importantly, we have to bolster our courage. A panic about the virus may lead you to mess up everything you do to prevent it. The growing casualty toll in China or Italy or Spain may not hold good in cases of the people of Bangladesh who have developed natural immunity against numerous kinds of flu through the powers of prolonged endurance in standing dirt, filth, flies, and stench. So, for Bangladeshis the chance of survival from corona attack is way far higher, provided of course we rid ourselves of blind panic and follow a few pieces of the healthcare provider’s advice. Let’s beat the menace of coronavirus. Let’s keep fighting to the last. Let’s not die before death.