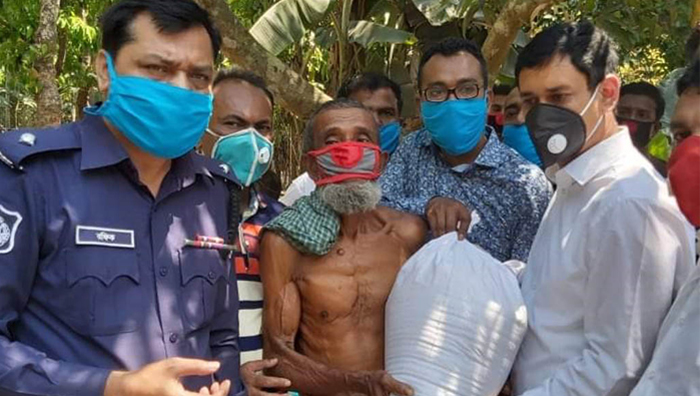 Monirampur Upazila Nirbahi Officer (UNO) Ahasan Ullah Sharifi apologised to the three elderly men, who were forced to hold their ears with hands in public by a mobile court for not using masks.

He provided 10 kg rice to each of the three families of the elderly men.

The UNO also advised them to stay safe at home and asked them to contact the local public representative if they feel the shortage of food.

During their drive, the mobile court punished three elderly men including a van driver and a vegetable vendor in Chinatola Bazar for not using masks.

The executive magistrate also captured a photo of the punishment in public.

Later, the photo of the incident went viral on the social media and sparked huge criticism.

Following the incident, Sayma Hasan has been withdrawn and attached to the Khulna Divisional Commissioner’s office.