On public demand, "Ramayan" will air on Doordarshan again 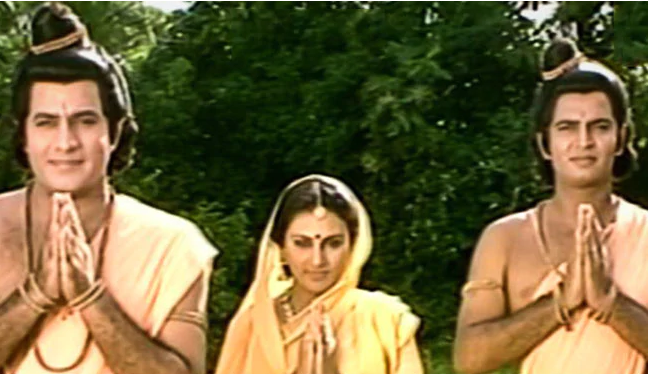 Ramanand Sagar's Ramayan, which was Sunday morning appointment viewing nationwide in 1987-1988, is returning to Doordarshan. On Friday, Information and Broadcasting Minister Prakash Javadekar tweeted to say that Ramayan will now air on DD National twice a day starting Saturday (March 28).

Earlier this week, as India prepared for a 21-day lockdown against the Coronavirus, Twitter was flooded with messages asking for reruns of Ramayan and B R Chopra's Mahabharat, which was telecast after Ramayan ended in 1988. "Happy to announce that on public demand, we are starting re-telecast of Ramayan from tomorrow, Saturday March 28 on DD National. One episode in morning 9 am to 10 am, another in the evening 9 pm to 10 pm," Mr Javadekar wrote in his tweet. Ramayan, which made stars out of Arun Govil, Deepika Chikhalia and Sunil Lahri, known to fans as Lord Ram, Sita and Lakshman, clocked 33 years of the show this year.
The cast of Ramayan made an appearance on The Kapil Sharma Show earlier this month and photos of the onscreen Ram, Sita and Lakshman's reunion after decades sent the Internet into a tizzy. On Kapil's show, the Ramayan actors made several ROFL revelations. Arun Govil, now 71, confessed that there was point of time when he felt "itchy by just seeing the costumes." Deepika Chikhalia, 54, revealed that she was always greeted with folded hands even off screen. Arun Govil also said that the cast members were offered huge amounts of money for racy photoshoots by magazines and that they rejected them, reported news agency IANS.