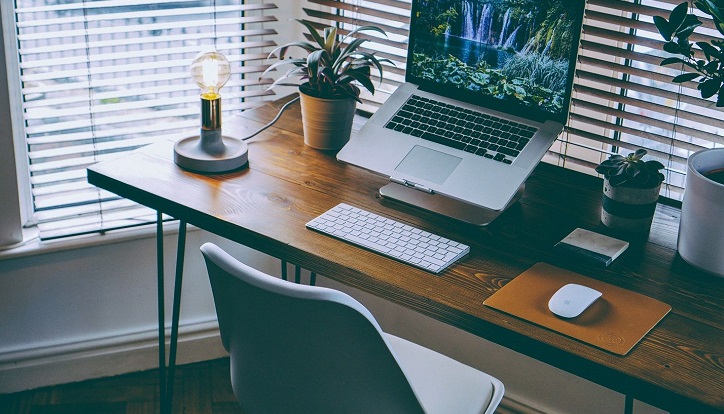 The number of people working from home is on the rise amid the growing coronavirus cases in the country, while some communities are also acting to save themselves from the deadly bug.

These people either voluntarily or have been asked by their employers to work from home in view of the alarming situation over the coronavirus or Covid-19 outbreak.

Bangladesh Rural Advancement Committee (BRAC), the world’s top and largest non-governmental organisation, has asked most of their employees to work from home.

Summit Group, one of the top corporate business establishments of the country, also has taken similar measures to protect their employees from the highly contagious disease.

The Mirpur DOHS (Defence Officers Housing Society) has clamped a shutdown in some ways by restricting entry of outsiders.

Rafe Sadnan Adel, head of media and external relations of BRAC, told the daily sun that out of some 2,000 employees in their headquarters, only about 200 are required to come to work, while the rest would either stay home or work from home depending on the situation.

“We have asked all our employees across Bangladesh to stay indoors. Those required to go to office or field work must take all precautionary measures,” he said.

The BRAC official also said his organisation was helping the government in awareness building at the lowest tier and in making a list of expatriate Bangladeshis.

“We have formed a COVID-19 preparedness task force with public health, communicable diseases, and communications experts from BRAC, BRAC International, BRAC USA, and James P Grant School of Public Health of BRAC University. The task force is closely monitoring global and local developments and advising BRAC senior leadership on necessary course of action. All BRAC programmes are already adapting to the changing situation, and over the next few weeks, we will modify some of our activities, as needed, to ensure the safety of our participants,” said Asif Saleh, executive director of BRAC.

He said they had identified and rolled out some key activities to face the crisis, including Bangladesh specific contextualised training modules on COVID-19 orientation and prevention, in accordance with the IEDCR and WHO’s guidelines, to deploy across all BRAC programmes.

“We are actively exploring partnership opportunities with organisations/companies to run joint activation and awareness campaigns in the country,” Saleh added.

Several other such organisations have also taken similar measures for the safety of their employees, informed sources said.

Md. Farid Khan, vice-chairman of the Summit Group, told the daily sun that they have asked most of their employees to work from home.

“We are dividing work hours for the essential staffs like 9:00am to 1:00pm for one group, while 1:00pm to 5:00pm for the rest,” he said, adding that “elderly and unwell colleagues as well as expectant mothers have been excused from work with full pay.”

Besides, instead of half day-off on Fridays, it was now a full holiday, Khan said, adding that use of face masks and sanitisers have been made mandatory for all.

Summit Group has recently provided five thermal scanners to the government as part of its humanitarian efforts to help people of the country at this time of crisis.

In a community effort, the Mirpur DOHS has issued special passes to its permanent residents as well as their staffs to deal with the emergency situation. “None can enter into the DOHS without the pass,” said one staff at the DOHS Parishod, which centrally looks after the affairs of the community.

“It is mandatory for the residents to wear face masks when venturing out of their homes,” he said.

Residents of the area welcomed the move and said they would go by the rules.

The number of people volunteering to work from home is also on the rise as coronavirus cases and deaths are gradually increasing in Bangladesh.

“The situation in Italy is like a horror movie and I decided to stay home whatever it means to my work ... Life is first,” said artist Munni Akhter.

Rubana Huq, president of the Bangladesh Garment Manufacturers and Exporters Association (BGMEA), said all garment factories were operating in full so far.

“We have no plans to shut down factories,” she said adding that her officials were monitoring the situation in the factories.

In Bangladesh, factories have already seen $138 million in orders cancelled or postponed due to the coronavirus, Reuters reported. In a typical month last year, the country’s garment exports ranged from about $2.7 billion to $3.1 billion, according to the Bangladesh Garment Manufacturers and Exporters Association (BGMEA), the country’s largest foreign exchange earner.

Rubana Huq told Vogue Business that 20 factories collectively had $10 million in orders canceled in one day.... “Most brands are putting the orders indefinitely on hold and cancelling,” she said. “For them it’s a question of the survival of the businesses, for us it’s the survival of our 4.1 million workers.”