Coronavirus: Why is India testing so little? 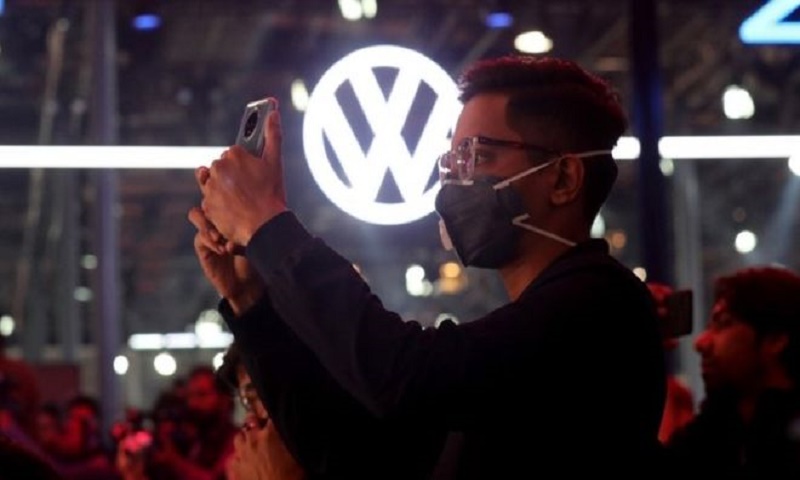 "We have a simple message to all countries - test, test, test," World Health Organisation (WHO) head Tedros Adhanom Ghebreyesus told reporters in Geneva earlier this week.

He was alluding to the coronavirus outbreak, which has killed more than 8,600 people and infected more than 207,000 in at least 159 countries.

"All countries should be able to test all suspected cases, they cannot fight this pandemic blindfolded," he said.

With 182 reported infections and four deaths so far, is India taking this advice seriously? Is the world's second-most populous country testing enough?

The jury is out on this one. India had tested some 14,175 people in 72 state-run labs as of Thursday evening - one of the lowest testing rates in the world. The reason: the country has limited testing. So, only people who have been in touch with an infected person or those who have travelled to high-risk countries, or health workers managing patients with severe respiratory disease and developing Covid-19 symptoms are eligible for testing.

Why is a densely populated country with more than a billion people testing so little? The official assumption is the disease has still not spread in the community. As early "evidence" health authorities say 826 samples collected from patients suffering from acute respiratory disease from 50 government hospitals across India between 1 and 15 March tested negative for coronavirus. Also, hospitals have not yet reported a spike in admissions of respiratory distress cases.

"It is reassuring that at the moment there is no evidence of community outbreak," says Balram Bhargava, director of the Indian Council of Medical Research (ICMR). He believes Mr Ghebreyesus's advice is "premature" for India, and it would only "create more fear, more paranoia and more hype".

But experts are not so sure.

Many of them believe India is also testing below scale because it fears that its under-resourced and uneven public health system could be swamped by patients. India could be buying time to stock up on testing kits and add isolation and hospital beds. "I know mass testing is not a solution, but our testing appears to be too limited. We need to quickly expand to restrict community transmission," K Sujatha Rao, former federal health secretary and author of But Do We Care: India's Health System, told me.

On the other hand, say virologists, random, on-demand testing will create panic and completely strain the feeble public health infrastructure. Increased and targeted "sentinel screening" of patients suffering from influenza and diagnoses in hospitals across the country can provide a better idea of whether there is community transmission, they say. "We need focused testing. We cannot do a China or Korea because we simply don't have the capacity," a senior virologist told me.

In many ways, it is all about India trying to battle a pandemic with limited resources. Experts talk about the country's success in defeating polio, combating small pox, successfully controlling the spread of HIV/Aids, and more recently H1N1 with rigorous surveillance, sharp identification of vulnerable people, targeted intervention, and an early engagement with the private sector to prevent disease spread.

Yet, coronavirus is one of the deadliest transmissible viruses in recent history. Every day lost in effective response means the looming danger of a surge in infections. India spends a paltry 1.28% of its GDP on health care, and that may begin to bite if there's a full-blown outbreak. Partial lockdowns in many cities - shutting schools, colleges, businesses and suspending some rail transport - proves that the government fears that community transmission of the virus might have begun.

Bracing for the inevitable, India is scaling up testing. Officials say existing labs are able to provide results in six hours and each lab has the capacity to test 90 samples a day which can be doubled. Fifty more state labs are expected to begin testing samples by the end of the week, bringing the total number of testing facilities to 122. Authorities claim that together, the labs will be able to test 8,000 samples a day - a significant scaling up. In addition, the government is planning to allow around 50 private labs to start testing, but they will take up to 10 days to procure kits. (Testing at state-run labs is free, and it is unclear whether the private labs will charge.)

Two rapid testing labs, capable of doing 400 tests a day, are expected to be operational by the end of the week. India has also placed orders for a million test kits, and will be possibly asking the WHO for a million more.

"On testing, the government response has been proportionate, taking into account scope, need and capacity," Henk Bekedam, WHO Representative to India told me. "We recognise that laboratory networks are expanding the scope and testing and they now include patients with severe acute respiratory infection and influenza-like illness detected through the surveillance system. It would also be important to look at 'atypical pneumonia' cases. If they are without any distinctive cause, then they need to be considered for testing."

The weeks and months ahead will show whether these steps have been enough. "We cannot say India has escaped community transmission," Mr Bhargava says candidly. And if and when there is an explosion of infections and more sick people require hospitalisation, India will face formidable challenges.

India has eight doctors per 10,000 people compared to 41 in Italy and 71 in Korea. It has one state-run hospital for more than 55,000 people. (Private hospitals are out of reach for most people). The country has a poor culture of testing, and most people with flu symptoms do not go to doctors and instead try home remedies or go to pharmacies. There's a scarcity of isolation beds, trained nursing staff and medics, and ventilators and intensive care beds.

India's influenza cases peak during the monsoon season, and there is no reason why the coronavirus will not make a second coming, virologists say. "Given the way it is progressing in India, it seems it is about two weeks behind Spain and three weeks behind Italy. But that's the number of known cases. And without sufficient testing and shutting down large gatherings, the numbers could be a lot worse," Shruti Rajagopalan, economist and a Senior Research Fellow at the Mercatus Center at George Mason University, told me.

India's traditional neglect of public healthcare will begin to bite if the disease spreads to its teeming small towns and villages. "This is a very unique and real public health challenge," says Ms Rao. And it's early days yet.