AL has no right to stay in power: Kader Siddique 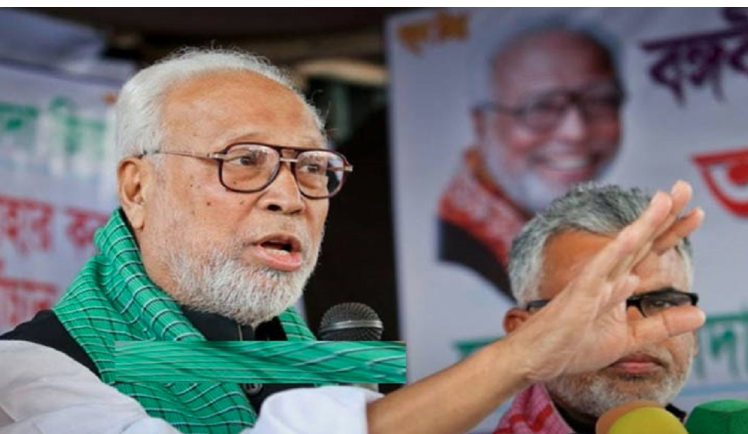 President of Krishak Sramik Janata League (KSJL) Abdul Kader Siddique on Monday said Awami League has no moral right to stay in power since so many ‘corrupt elements’ are there in the party.

“Rab members are recovering crores of taka wherever they are conducting drives. Awami League has no moral right to stay in power if there’re so many corrupt elements in the party,” he said.

Kader Siddique came up with the remarks while speaking at a press conference at the Jatiya Press Club on the recent drive against corruption and the current political atmosphere.

The KSJL chief said their party has been demanding the resignation of the government since the election of ‘rigging’. “In fact, the current government has not been in power with people’s mandate,” he said.

He said their party supports the current drive against corruption, but they will withdraw their support if it becomes mere eyewash. “It’s not possible to free the country from corruption by only arresting some people and intimidating them.”

The KSJL chief called upon the government to conduct the drive also to arrest the corrupt elements in different spheres of society apart from politicians.

He also urged the Prime Minister to arrange a national dialogue to restore people’s ownership of the country and protect the nation.

“A bad incident took place at a programme in Rajshahi where an Indian Embassy official was present. Probably to appease him, the Rajshahi University VC uttered ‘Jai Hind’ along with ‘Joy Bangla, Joy Bangabandhu. We strongly condemn it and demand is removal,” he said.