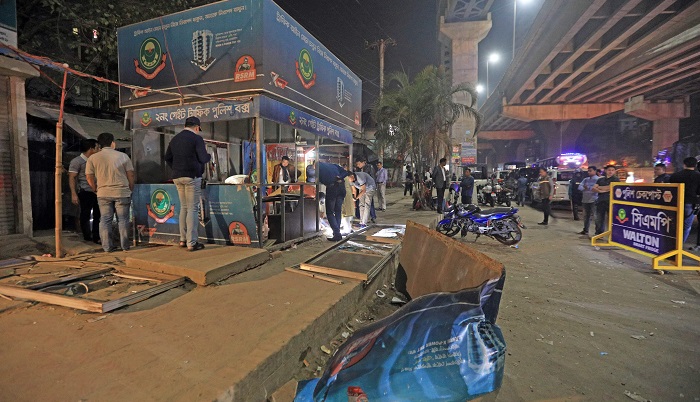 At least five persons including two cops were injured in an explosion at a police box at Sholoshahar Gate No.2 area in the port city Chattogram on Friday night.

Sources said an explosion took place inside the police box at the Sholoshahar around 9:00pm.

The explosion left the two on-duty cops and the rest three injured.

They were rushed to Chattogram Medical College Hospital and undergoing treatment there, said ASI Alauddin Talukder of the hospital police outpost.

The members of bomb disposal unit are coming from the capital and they will be able to describe details after inspection, she said.

Members of CMP Counter Terrorism unit, Detective Branch, Police Bureau of Investigation and Criminal Investigation Department rushed to the spot after the incident, said the sources.