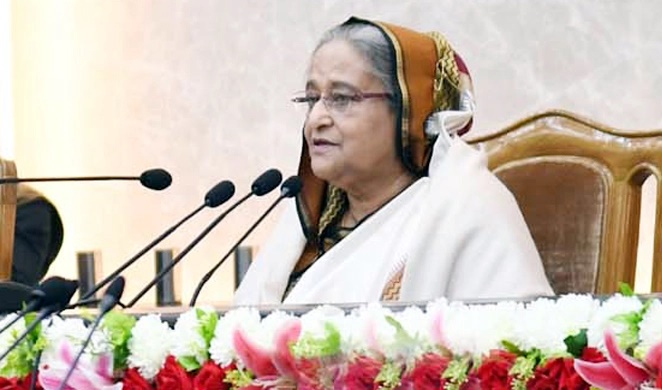 Prime Minister Sheikh Hasina on Thursday asked the newly-elected mayors and councillors of the two Dhaka cities to pay special attention to check mosquito, particularly Aedes, so that the insect cannot not eat up their votes.

“There’s a problem again with dengue. Now you’ll have to take measures to control mosquito. You’ll have to pay attention to this. Or else, mosquito will eat up your votes. You’ll surely see it. You’ll have to keep in mind that though the mosquito is small (insect), it’s very powerful,” she said.

She sought cooperation from the newly-elected representatives to implement the ongoing mega development projects properly in time in Dhaka city.

Noting that her government has been carrying out massive development works across the country, including Dhaka city, Sheikh Hasina said she does not want any corruption and irregularity to take place in these development works.

“If such things happen, I’ll not spare anyone, no matter whoever he or she is. I’ll not make any compromise with anyone,” she warned.

However, the newly-elected mayors and councillors will have to wait until mid-May to take over charge as the five-year tenure of the incumbent public representatives of DSCC will expire on May 17 while that of DNCC on May 13 next.

Elections to the DNCC and DSCC were held on February 1 last when Awami League candidates Atiqul and Taposh won the mayoral posts.

A gazette notification was issued on February 4. There is a legal obligation for any mayor or councillor of the city corporation to take oath within one month after the gazette is published.