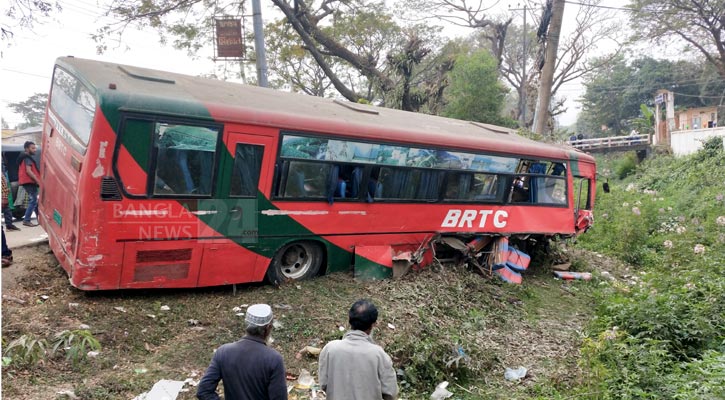 At least 20 people were injured in a head-on collision between a bus and a truck in Sunamganj Municipality area on Tuesday morning.

According to local sources, the Cumilla-bound passenger bus of BRTC collided with the goods-laden truck coming from opposite direction in front of Technical School and College, leaving 20 passengers of the bus injured.