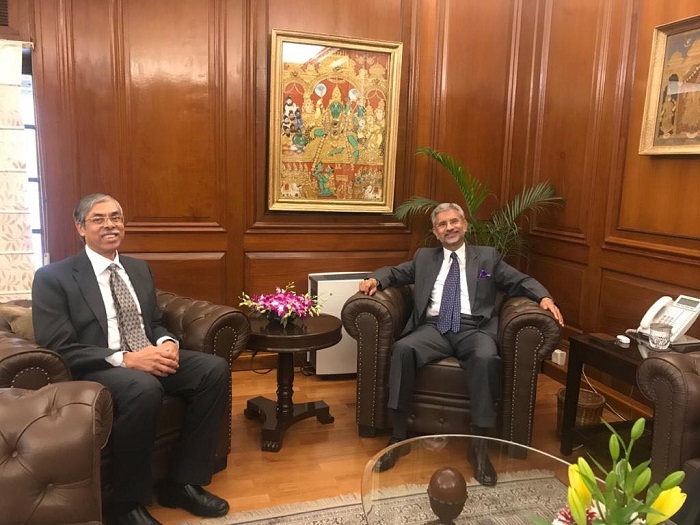 He made the remarks when Bangladesh High Commissioner to India Muhammad Imran called on him at his office, said a press release.

The Indian external affairs minister expressed his satisfaction over the existing excellent bilateral relations between the two next-door neighbours.

“There are lots of respect and goodwill for Bangladeshis in India,” he said.

During the meeting, the Bangladesh envoy discussed with the minister about Indian Prime Minister Narendra Modi’s upcoming visit to Bangladesh to attend the birth centenary celebration of Bangabandhu to be held in Dhaka on March 17.

He said Bangladesh will commence the formal celebration of the centenary, known as Mujib Satoborsha 2020-21, on March 17 marking the birth day of Bangabandhu, who led Bangladesh’s 1971 War of Liberation.

Muhammad Imran conveyed Dhaka’s appreciation for India’s friendly gesture to evacuate several Bangladeshis stranded in China’s Hubei province in the wake of an outbreak of Coronavirus there.

The envoy assured Jaishankar of doing his best to take the bilateral ties to a greater height during his tenure.