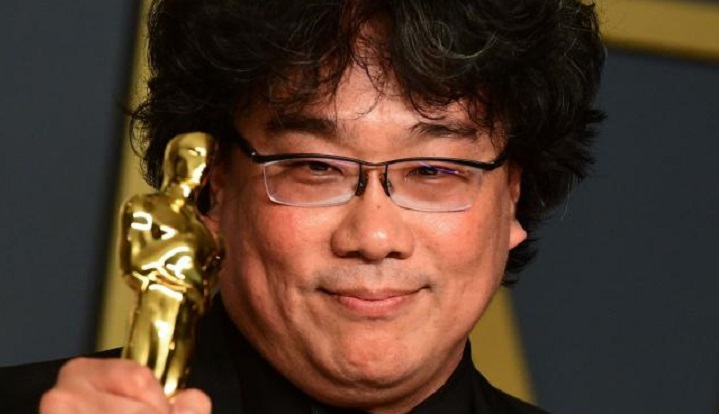 In this file photo `Parasite` director Bong Joon-ho pose in the press room with his Oscars during the 92nd Oscars at the Dolby Theater in Hollywood, California on 9 February 2020. Photo: AFP

President Donald Trump on Thursday scorned the best picture Oscar for South Korean film "Parasite," asking how a foreign movie could get the honour.

"How bad was the Academy Awards this year?" Trump asked the crowd at a packed reelection campaign rally in Colorado Springs, Colorado.

"We got enough problems with South Korea, with trade. On top of it, they give them the best movie of the year?" Trump asked in disbelief.

Saying "was it good? I don't know," Trump seemed to indicate he had not watched the film.

Neon, the US distributor for "Parasite," answered the president on Twitter, saying his opposition to the subtitled film was "Understandable, he can't read."

Trump, whose presidency has been built on a nationalist "America first" slogan, said it was time to bring back classics from Hollywood's golden age.