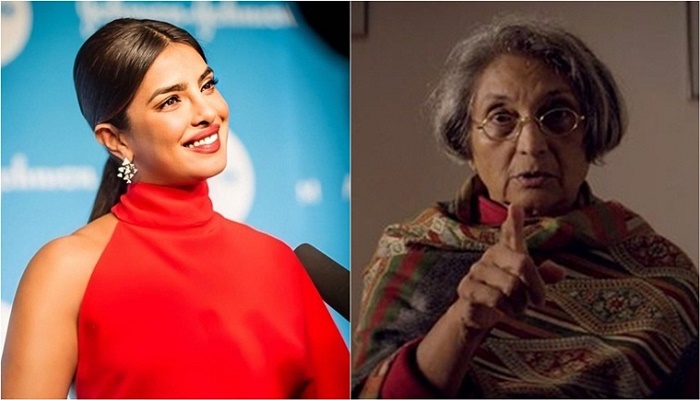 Chopra had first announced the project on The Ellen Degeneres Show.

Ma Anand Sheela is an Indian-born American–Swiss convicted criminal and former spokeswoman of the Rajneesh movement.

As per The Hollywood Reporter, the film will be produced by Barry Levinson’s Baltimore Pictures, Priyanka Chopra’s Purple Pebble Pictures and Permut Presentations’ David Permut and Jason Sosnoff. Sheela has been written by Nick Yarborough.

Apart from Sheela, Priyanka Chopra will soon be seen in Ramin Bahrani’s The White Tiger, Robert Rodriguez’s We Can Be Heroes and the upcoming Matrix movie. Priyanka and husband Nick Jonas are also producing a sangeet-based reality show for Amazon.

The actor was last seen in 2019’s The Sky is Pink. She is yet to announce her next Bollywood project.