No communal force to be invited to join Mujib Year celebrations: Quader 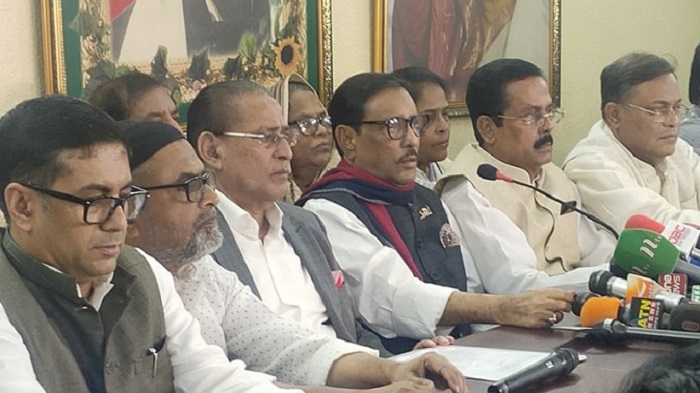 He came up with the remark while addressing a media briefing after attending a party meeting on the Mujib Year celebration at AL president Sheikh Hasina’s political office in the capital Dhanmondi area this afternoon.

Quader, also the road transport and bridges minister, said, “All the pro-liberation political parties of the country will be invited to join the programmes of Mujib Year, to be held from March 17, 2020 to March 26, 2021.”

The AL leader also informed that their party would invite BNP to attend the yearlong programmes during the Mujib Year.