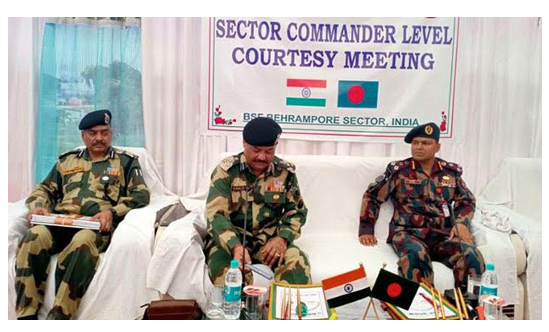 Rajshahi Sector Commander Col. Tuhin Masud led the BGB side while DIG of Berhampur BSF Sector Kunal Mazumder was his counterpart in the meeting held at Sonaikandi frontier under Paba Upazila in the district .

After the meeting, Col Tuhin Masud told journalists that they protested all the recent killings by BSF in Rajshahi border .

Two important issues of border killing and taking the Bangladeshi nationals to Indian Territory by BSF through intrusion in Bangladeshi area prominently came up from BGB side in the meeting, he added.

During the meeting, both sides reached an understanding to solve the existing border problems of the friendly countries.

They also stressed the need for checking smuggling, women and children trafficking and illegal trespassing in both the countries.