Abi Longfellow, pictured in hospital, is battling a rare kidney disease that requires 10 hours of dialysis a day

Abi Longfellow, 12, was once a happy, outgoing child, whose boundless energy left her parents struggling to make her even sit down.

But this all changed two years ago, when a trip to A&E for an innocuous throat infection revealed she was suffering from a rare kidney disease.

Now she spends her time at home on a dialysis machine for 10 hours everyday - as her parents battle NHS red tape in a bid to save her life.

Astonishingly, Abi's illness - known as dense deposit disease (DDD) - is too rare to be covered by the NHS England funding policy, but not rare enough to be considered an exceptional case that would allow access to expensive drugs that could help save her life.

The youngster, from Wakefield, West Yorkshire, has now made an impassioned plea to Prime Minister David Cameron in a bid to have her case funded. 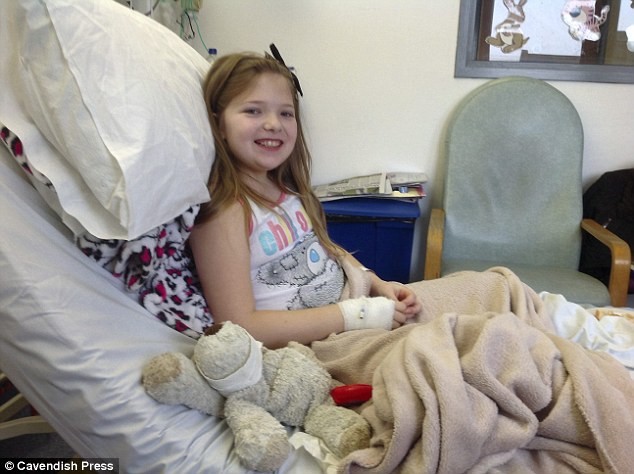 Cruelly, some children are given access to the drugs - called Eculizumab - meaning she is forced to go without alongside other children at her hospital who are given the medicine.

Her illness was first discovered in March 2013, just as Abi, her mother and father were about to depart on a family trip to Florida and the then-10-year-old took a turn for the worse.

A trip to A&E that evening was the beginning of every parent's worst nightmare - Abi's symptoms were linked to the latter stages of kidney failure, and she was transferred to a specialised renal ward.

By September she had been diagnosed with the rare but aggressive DDD.

By December 2013, she was placed on dialysis.

'From Abi's perspective, that was probably that hardest. The first initial weeks ... It was the pain, the sheer pain.' 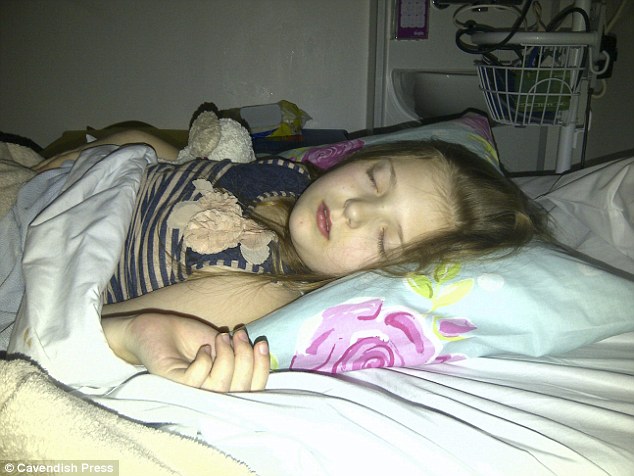 She now requires dialysis at home for 10 hours every day - treatment which has an average life expectancy of five to ten years.

But the hours spent hooked up to the machine may even increase, Mrs Longfellow said, as she admitted struggling to reconcile her memories of her once-full of life daughter who was now left hooked up to a machine and low on energy.

'She managed to make her prom night, we managed to get her on her feet, but she wasn't that well.'

Recently set to receive a kidney transplant from her father Andrew Longfellow, this was cancelled when doctors said she would immediately relapse.

Although an £8,000 injection of the drug Eculizumab every three weeks could prevent this and get her off dialysis, the staggeringly high costs of pursuing the treatment privately have put it out of the family's reach, while a request to have Abi's case covered by the NHS was declined.

'The fact that we've got to fund this ourselves for the initial price of £60,000 is completely outrageous.

'We may have to have some really difficult news that it's not going to work for Abi, but all the medical reports gathered show that this could be the ideal treatment for Abi - but it's just getting this initial funding from the NHS.' 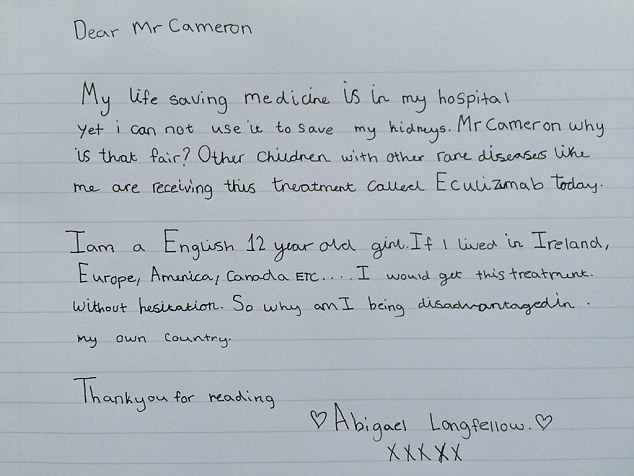 With no other avenue to turn to, her family now hope to raise $60,000 to start the treatment themselves, proving it will work for Abi and provide a stronger case to request funding.

Abi's specialist consultant Eric Finlay told the Sunday People that there were thousands of sick people falling through the cracks of the NHS funding policy.

He said: 'I have a one-year-old, a five-year-old and a nine-year-old in my care at the same hospital and I can give them the drug - but when Abi and her family walk in I have to tell them "no".

In a cruel set of circumstances, the drug sits in the hospital just metres away from Abi and her family, but Dr Finlay is hamstrung by the NHS red tape.

Even if he did slip her the drugs, it would force another of his patients to go without.

He added: 'The Government doesn’t see the young children in pain in a hospital bed or the tears in the eyes of the parents who know there is a drug just metres away that could save their child.' 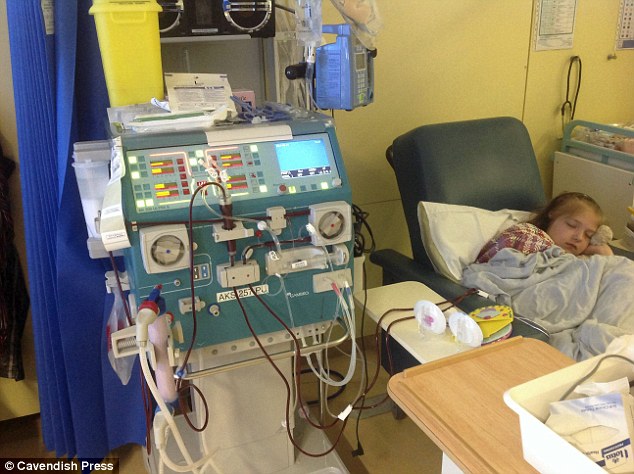 'Then there is Independent Funding Request (IFR) and that is for exceptional circumstances.

'I put in an IFR for Abi and NHS rejected it on grounds of evidence, efficacy and cost effectiveness which are reasonable rejections.

'I also went to the drug company and said "can you give this drug for free or reduce the price to see if we can prove the point in Abi's situation?" They declined as it wasn't one of their areas of current research so their policy doesn't allow compassionate funding.'

A spokesperson for NHS England North said: 'These are incredibly difficult situations, but in this case doctors and medical experts decided that it would not be right to fund a treatment that hasn't been proven to work for patients in these circumstances.'

And a spokesman for Alexion - the producer of Eculizumab, said the company took 'all requests for compassionate use very seriously'.

They added: 'We cannot comment on specific cases, but our commitment is to evaluate the medical need of each request for Eculizumab on a case-by-case basis and work with physicians to ensure that Eculizumab is only used in areas in which there is sufficient medical/scientific evidence that the potential benefit outweighs the risks for patients.'