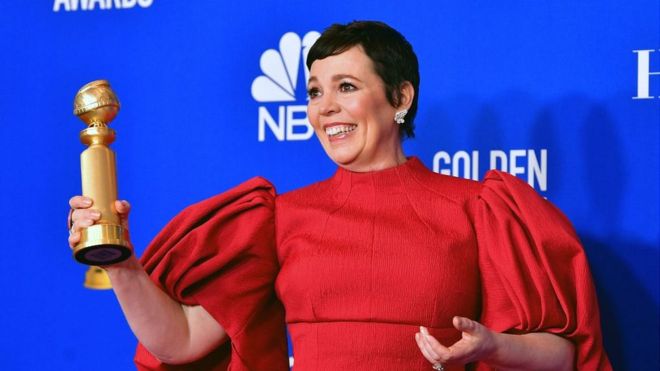 Claire Danes's pregnant belly was hidden with computer graphics in the second season of Homeland, Olivia Coleman hid hers in big sweaters during filming of The Night Manager. And when Gillian Anderson's bump could no longer be hidden on the X-files, "Scully" was abducted by aliens.

But not all actors are indulged by the production.

Those playing smaller parts in films and commercials often find they are forced to hide their pregnancies, not from the viewers but from people making the programmes themselves.

Some are successful, but many are mistreated by an industry marked by high staff turnover, an overabundance of competition and in some cases, a profound lack of respect.

Several women spoke to the BBC on the condition of anonymity. All say they lost jobs or auditions when it was found they were pregnant.

Three who spoke to the BBC were not showing at the time their commercials would have been shot.

Sarah (not her real name) describes herself as a jobbing actress. She mainly works on films and TV but commercials help her to pay the bills.

Early in her pregnancy, she had reservations about a commercial audition that her agent had scheduled. She decided to tell him her news and she expected the worst.

"But, he was brilliant," she says. He told her about her rights. How under the Equality Act, she was not required to disclose her pregnancy until 15 weeks before her due date.

"They are not allowed to discriminate against you," he promised.

The casting notice for the audition, often called a breakdown, said the ad might require some physical activity, but also mentioned a stunt double might be used for the more highly athletic moments.

Together, Sarah and her agent decided she should just go to the audition and see. "You always want to be ready and available for work," she says.

Her worry grew as she sat among the other actresses in the waiting area outside of the audition room.

Women coming out of the session were stressed and said the experience was physically taxing. Sarah was up next. Her name was called alongside another actress who was also auditioning for the same role. They went in as a pair to see the casting director.

The other woman was chosen first to read out the lines. Then the casting director turned to Sarah.

"Why?" said the casting director. "Because I am pregnant," said Sarah.

She says the casting director then became angry, saying: "Didn't you read the script? What did you think we were going to do today? I don't even understand why you have come. Don't you think it was a bad idea?"

"Then the casting director said, 'Yes, I think it's best if you leave'."

Her "confidence was knocked," she says, until she won a role on a television series, where the production was much friendlier and had no problem shooting her from the bump up.

Tim Gale, head of commercials at the actor's union, Equity, is well acquainted with standing up for his members on this issue.

"We used to get two to three calls a week but we get less than one a month now," says Mr Gale.

Sometimes, a form is provided in the waiting room which asks an actor to tick a box to say if they or their partner are expecting.

Actors of both sexes who sent the BBC copies of these forms, say that when they disclosed a pregnancy, jobs they had secured were either pulled or delayed.

A few said they spoke with the union and assumed the problem had been sorted after their particular situation was treated.

But Mr Gale says even in recent weeks, he has seen these forms pop up.