Abahani eliminated from AFC cup on away goals by Maziya 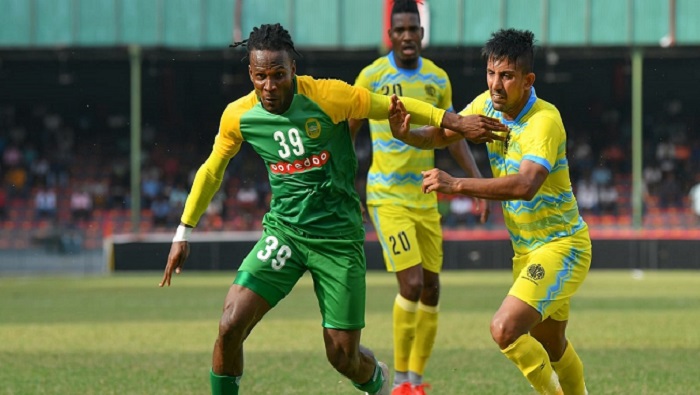 Dhaka Abahani Ltd made an early exit from the preliminary stage of the AFC Cup after playing out a goalless draw with Maziya Sports & Recreation Club of the Maldives in their away match at the National Stadium in Male on Wednesday.

The first-leg match at Bangabandhu National Stadium in Dhaka on February 5 ended 2-2.

Maziya SRC qualified for the next stage of the AFC Cup by virtue of two away goals in Dhaka.

In the day’s crucial match in Male, touring Dhaka Abahani and hosts Maziya SRC tried their best to score but failed and the result was enough for Maziya SRC to reach the qualification stage.

Abahani Ltd played well and created many good chances but failed to convert.

In the 81st minute, Abahani winger Rubel Miya missed a good chance to score. Abahani’s Haitian forward Belfort gave a square pass to Rubel in the box, but Rubel sent the ball outside from a vintage position to the frustration of sky-blue fans.

Belfort himself missed a golden chance to score in the 56th minute.

In the 45th minute, Sohel saved a powerful shot of his opponents.

But he made mistake in the 71st minute when Abahani were lucky not to concede a goal.

Hosts Maziya also missed two good chances in the 59th and 79th minutes, when their forwards failed to send the ball home despite being in good positions.

After regulation time, players of both the teams lost their temper.

Players and officials of both the teams got involved.