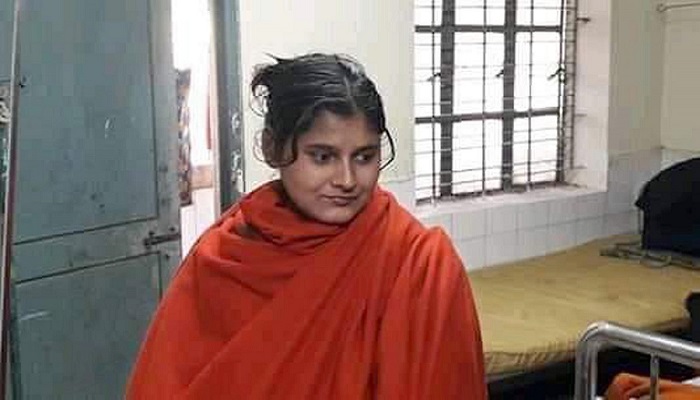 The pregnant woman who was initially believed to have been abandoned at the gate of Sadar hospital in Lalmonirhat four months back has finally been identified by her family.

Her husband came to the hospital on Tuesday night after seeing a report in different newspapers on her.

The woman was identified as Ramita Begum, wife of Suruj Ali Badsha of Bangra in Sherpur upazila of Bogura district and daughter of late Opher Pramanik of Surok village in Dhunot upazila.

Suruj Ali said mentally ill Ramita went missing around 5-6 months ago while she was going to Sherpur from Tangail.

Four months back, the woman was found abandoned at the entrance of the hospital and then admitted to the hospital by a senior staff nurse, Chameli Begum.

She had been given treatment at the gynecology ward on the first floor of the hospital. After tests, doctors confirmed that she was eight months’ pregnant.

Social Welfare and Hospital authorities tried to find her identity for the recovery of her mental health but they failed to find as the woman hardly talked to them.

A report was then published on the woman in several newspapers on January 26.

After seeing the report, her husband came to the hospital along with their only son Ratan Miah, 2.

Suruj Ali said he married Ramita four years ago after the death of his first wife. They used to live in Tangail.

When his wife went out of their home for going to Sherpur, she got into the wrong bus of Lalmonirhat and went missing. However, they could not trace her after a frantic search in Rangpur.

He also went to Tangail Police Station for filing a GD but police did not register it as there was no photo of Ramita.

After the death of her parents, Ramita was grown at her grandfather Zillur Rahman’s house. “To grab her father’s three acres land, her uncles used to torture her and made her mentally ill,” her husband said.

After founding back her wife, Suruj Ali expressed joy and gratitude to reporters and the hospital authorities.

Ramita also expressed her wish to go back home with her husband.