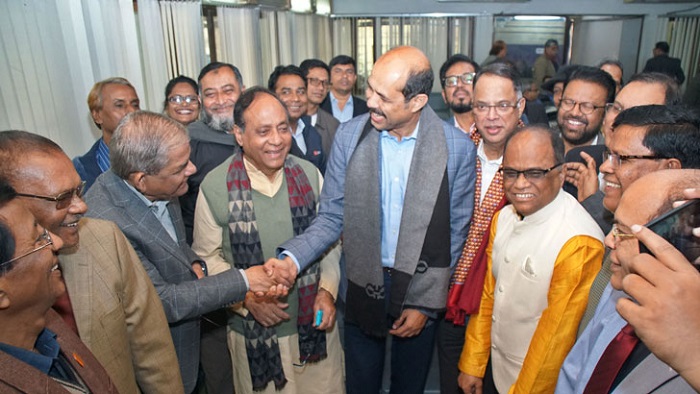 As Atiqul and Fakhrul Islam Alamgir were face-to-face at the club’s canteen, the mayoral candidate with his typical smile shook hands with the elderly opposition politician as journalists looked on.

“Please pray for me,” Atiqul sought blessings from BNP’s Fakhrul and to which he curtly replied: “I know, you will be the winner.”

Those present were baffled and questioned was Fakhrul’s comment a compliment, forecast or an expression of animosity!

Political experts said Fakhrul appeared to be vindictive as he only reiterated his party’s claim that ruling party candidates will win the mayoral election only by vote rigging.

“But an ideal political leader cannot make such an advance comment on a result of the highly-contested election,” one journalist said.

Talking to the daily sun, Prof Giasuddin Molla, a political science teacher of Dhaka University and president of Bangladesh Political Science Association, said “Atiqul has shown political animosity and distrust again. Being at the helm of a party like BNP, he should have replied courteously.”

Atiqul Islam, who was earlier elected mayor of Dhaka North City Corporation and succeeded late Annisul Haque, is contesting for the second term.

As part of the election campaign, Atiqul addressed a meet-the-press programme at the Jatiya Press Club in the capital on Tuesday.