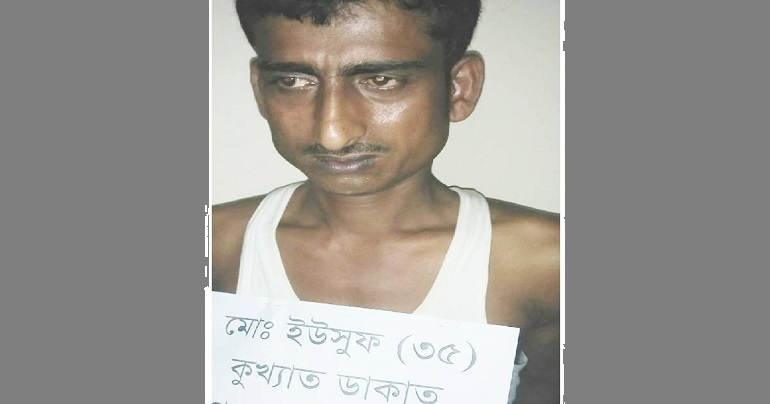 A suspected robber was killed in a reported gunfight with police at Kesharpar of Senbag upazila in Noakhali early Tuesday.

Noakhali SP Md Alamgir Hossain said a team of police conducted a drive at Jamidarhat area in Begumganj and arrested Usuf around 9:00am.

According to his confessional statement, police conducted another drive to fend off his associates’ robbery attempt, police sources said.

But, sensing the presence of police, they opened fire on the police officials, forcing them to fire back in self-defence that triggered the gunfight, the sources added.

After the robbers fled the scene, the law enforcers took bullet-wounded Usuf from the spot. He was pronounced dead after being taken to Noakhali General Hospital.

The police officer also said Usuf was an active member of inter-district robber gang. There were 12 cases filed against him with different police stations.

Arms and ammunitions were also seized from the spot.