Daughter and lover kill mother for refusing their matrimony 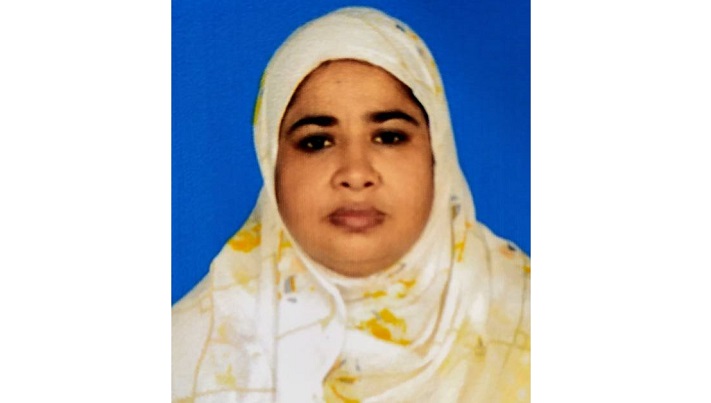 A daughter killed her mother with the help of her lover as she declined to marry off the daughter to her lover in Manikganj.

Joyoti Akter killed mother Mahmuda Begum, 45, by strangulation with the help of her lover as she declined to marry her off with her lover.

Her lover and three friends were associates in the killing.

Joyoti Akter, detained in the Mahmuda Begum Killing case, informed this in a confessional statement.

The accused lover Nayeem and his friend Rakib gave the statement under section 164 in the court of Manikganj Judicial Magistrate Court’s Senior Judge Shakil Ahmed.

Meanwhile, love affair developed with Nayeem of village Arakul of Keraniganj in Dhaka district through Facebook. They themselves took preparation for marriage.

However, Joyoti’s mother Mahmuda didn’t agree in the marriage. She was trying to marry off her daughter with some one other. Centering this tussle and quarrel ensued between the daughter and the mother.

Being annoyed, Joyoti chalked out plan to kill her mother with the help of lover Nayeem. On January 21 night, Nayeem, Rakib and two more friends went in the bed room of Joyoti. The friends were hired at Tk 1,50,000  and preliminarily Tk 16,000 was paid. There was a plan to kill house wife Mahmuda Begum but somehow it was not executed.

On January 22, Joyoti’s father went out for morning walk while mother Mahmuda Begum sat with her sewing machine. Taking this opportunity, two more including Nayeem entered into the room of Mahmuda Begum and strangled her to death.

At that time, Joyoti Akter gave false statement describing the killing as  robbery due to suspicion. However, she was detained on the day of the incident. Later upon her statement Nayeem and Rakib were arrested. Drive is on to arrest the two others.

After producing in the court Joyoti was granted four days’ remand.