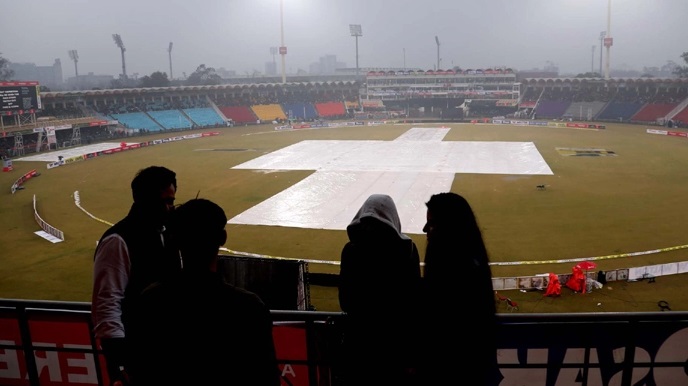 The third and final Twenty20 international between Pakistan and Bangladesh in Lahore has been declared abandoned due to rain on Monday.

Murky conditions and drizzle delayed the scheduled 13:00 pm (0830 GMT) toss at the Gadaffi stadium pitch, but play was called off three hours later.

Pakistan won the three-match series 2-0 after winning the first match by five wickets and second by nine -- both in Lahore.

Bangladesh will fly out late Monday, but return on February 5 to play the first of two Tests, in Rawalpindi.

They play a one-day international on April 3 in Karachi, and the second Test starting April 7.

Though the match is abandoned, Pakistan is on top position in the Twenty20 world rankings