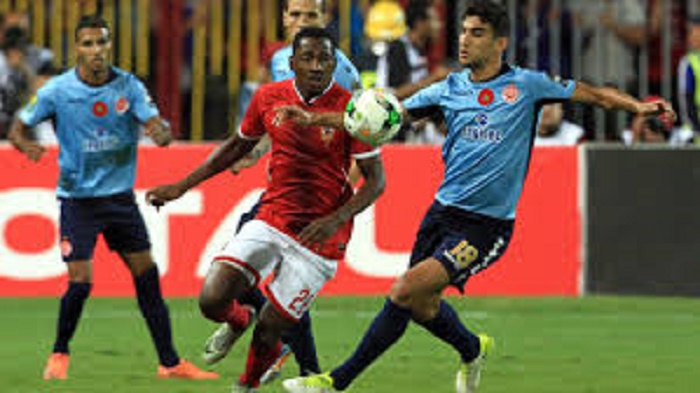 Nigerian Junior Ajayi scored as Al Ahly of Egypt defeated Etoile Sahel of Tunisia 1-0 Sunday to go top of Group B in the CAF Champions League.

Ajayi netted on 32 minutes in Cairo as the record eight-time African champions avenged an away loss to Etoile in the opening matchday two months ago.

Ahly have 10 points with one series of mini-league matches remaining, Etoile and Al Hilal of Sudan nine each and Platinum of Zimbabwe one.

Hilal host Ahly in Omdurman this Saturday needing maximum points to secure a place in the February 9 quarter-finals draw while a draw will suffice for the Cairo Red Devils.

Etoile, the only club to win all five current and past CAF competitions, will progress provided they win at home against Platinum.

Only Group B remains undecided this season in the premier African club competition with a $2.5 million (2.25 mn euros) first prize up for grabs.

TP Mazembe of the Democratic Republic of Congo have won Group A with Zamalek of Egypt finishing runners-up.

Leaders Mamelodi Sundowns of South Africa and Wydad Casablanca of Morocco are assured of qualification from Group C and their clash in Pretoria will decide who comes first.

Defending champions Esperance of Tunisia, who are chasing an unprecedented third straight title, have won Group D with Raja Casablanca of Morocco the other qualifiers.

The four group winners will be kept apart in the quarter-finals draw and enjoy home advantage in the second legs.