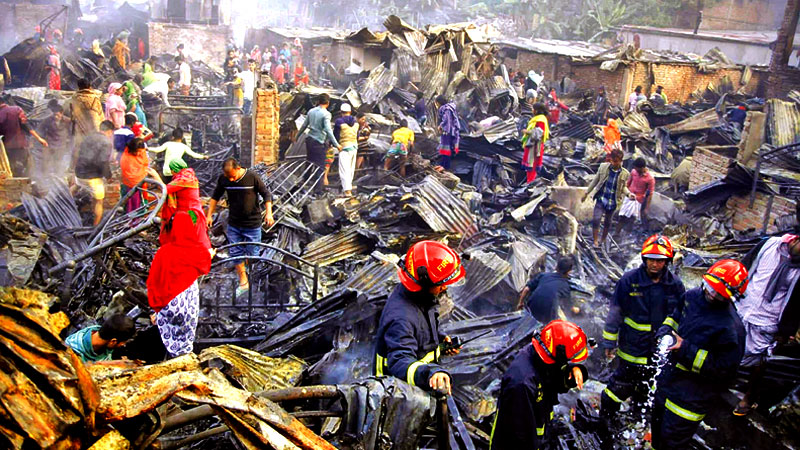 The woman, who suffered injuries during a devastating fire in a slum at Chalantika in the city’s Mirpur area on Friday, succumbed to her injuries at Dhaka Medical College Hospital on Saturday morning.

The deceased was identified as Parveen, 35.

She breathed her last at around 7:00am at the Burn and Plastic Surgery Unit of the hospital, Inspector Bachchu Mia, in-charge of Dhaka Medical College Hospital (DMCH) police outpost said.

Earlier, a fire broke out at a slum at Chalantika in the city’s Mirpur area at around 4:11am on Friday.

Later, 15 firefighting units went to the spot and doused the fire at around 9:00am.