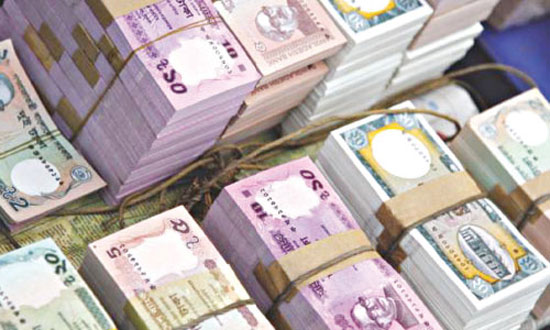 The government has allowed the autonomous, semi-autonomous and state-owned entities to deposit up to 50 percent of their surplus funds in private banks and non-bank financial institutions.

The Financial Institutions Division under the Ministry of Finance has issued a circular saying that the decision will help commercial banks lower lending rates to a single digit as well as boost investment, create more employments and maintain continued economic growth.

The autonomous, semi-autonomous and state-owned companies will receive a maximum interest rate of 6 percent on deposits in the private banks.

On the other hand, the companies will receive 5.5 percent interest rate on deposits in the state-owned banks.

However, the fund of provident fund, pension fund and endowment fund of those state owned companies would remain outside the purview of this decision.

The circular said the decision will take immediate effect.