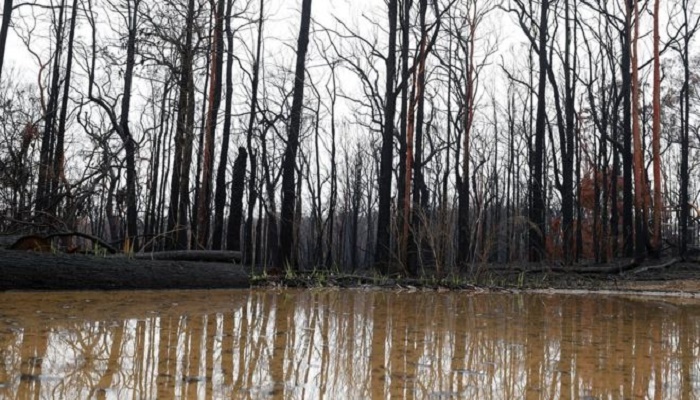 Forecasters have warned of severe storms in Australia's fire-hit state of Victoria, which could lead to flooding.

Recent heavy rains have dampened many of the country's bushfires, but also led to power cuts and road closures.

The fires, which began in September, have claimed at least 28 lives, destroyed thousands of homes and scorched millions of acres of land.

As wet weather helped to ease the crisis, the government announced a major package to aid tourism recovery.

Prime Minister Scott Morrison said the government would channel some A$76m ($52m; £40m) from the national bushfire recovery fund into the industry.

The Bureau of Meteorology in Victoria issued severe thunderstorm warnings for parts of the state on Sunday, saying damaging winds and heavy rainfall were expected.

It said storms and widespread rainfall were forecast in the state for the next three days.

One forecaster from the bureau said the state was "about to see its wettest two-day period in many, many months", according to ABC News.

At least 14 fires were still burning in Victoria as of Sunday.