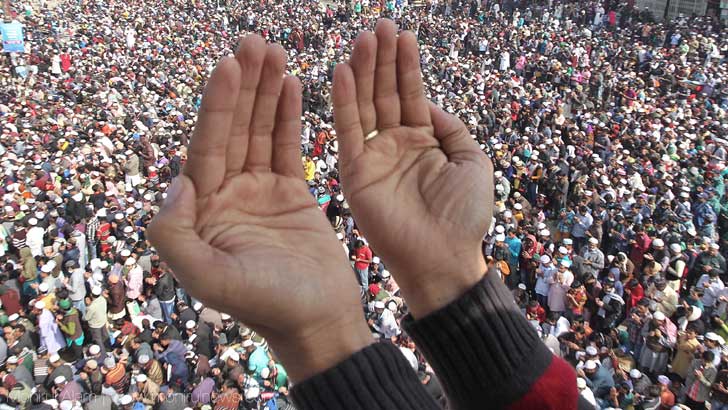 The 55th Bishwa Ijtema will end with the second phase’s Akheri Munajat (final prayer) on Sunday morning on the banks of the river Turag at Tongi, on the outskirts of the capital.

Thousands of Muslim devotees from home and abroad have already gathered on the Ijtema ground to join the Akheri Munajat of the three-day second phase of the Bishwa Ijtema that began on Friday amid intensified security measures.

On the second day of the first phase’s Ijtema, the second largest congregation of the Muslim community after Hajj, Islamic Scholars delivered sermons on different aspects of Islam in the light of the holy Quran and Hadith today.

The Muslim devotees have thronged the Ijtema ground under the open sky while more than 1,500 foreign devotees from 35 countries, including from Jordan, Libya, Africa, Lebanon, Afghanistan, Palestine, the USA, Turkey, Iraq, Saudi Arabia, India, Pakistan, England, joined the Ijtema from the first day of the second phase.