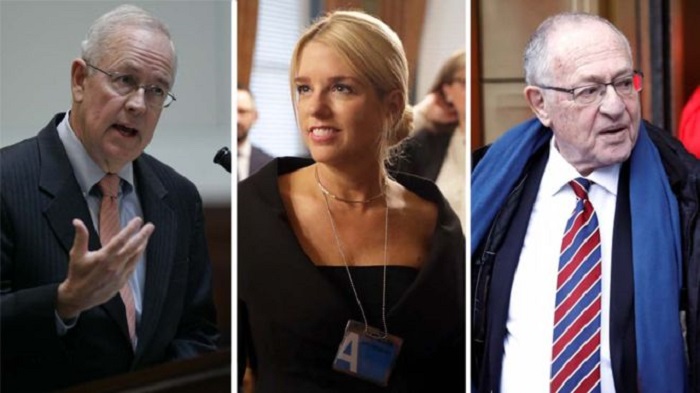 US President Donald Trump's defence team in his Senate trial will include special prosecutors from President Bill Clinton's impeachment.

He will be represented by Ken Starr and Robert Ray, who investigated Clinton, and Alan Dershowitz, whose past clients include OJ Simpson.

Opening statements in the Senate trial are expected next week.

Dershowitz told CBS News, the BBC's US partner, that he had spoken with the president on Wednesday about the case.

"I agreed to do it as an independent constitutional scholar," Dershowitz, a retired Harvard University law professor, said. "I take no position on the politics - just on the constitution."

He added he was "very, very concerned" about the precedent this impeachment could establish.

"It could weaken the presidency and weaponise impeachment as a partisan tactic," he said.

Dershowitz said in a statement that though he voted for Hillary Clinton in the 2016 election, he was opposed to Clinton's impeachment.

The president sought Dershowitz's advice, too, during the 2017-19 special counsel investigation into alleged Russian meddling in the US presidential election.

Dershowitz and Starr both represented disgraced financier Jeffrey Epstein during his 2008 abuse trial.

Axios reported that some White House officials opposed Dershowitz joining the team, given his ties to Epstein.

Starr was the US Department of Justice independent counsel who investigated the Whitewater affair, a scandal-plagued mid-1980s land venture in Arkansas involving Bill and Hillary Clinton.

The inquiry ultimately uncovered unrelated evidence that Clinton had been having an affair with a White House intern, Monica Lewinsky.

The investigation culminated in the Democratic president's impeachment by the US House of Representatives in 1998. Clinton was acquitted by the Senate.

Lewinsky tweeted on Friday shortly after Trump's team was announced: "This is definitely an 'are you kidding me?' kinda day", though she inserted an expletive.

Trump was impeached by the US House of Representatives last month on charges of abuse of power and obstruction of Congress.

Democrats have accused him of withholding military aid to Ukraine to pressure the country into investigating his political rival, former US Vice-President Joe Biden.

Trump denies the claims, and calls the impeachment proceedings a partisan "hoax".